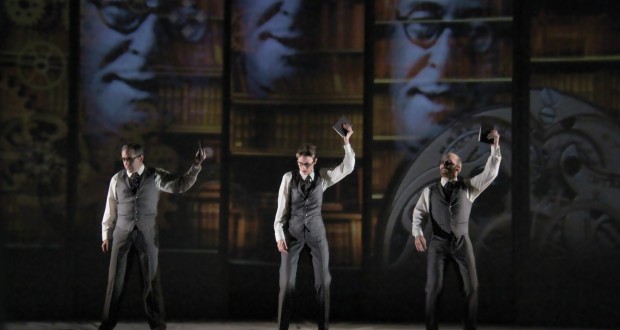 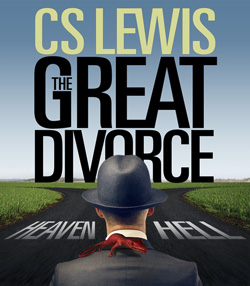 New York–Max McLean, Artistic Director of Fellowship for the Performing Arts, announces that C.S. Lewis’ “The Great Divorce” will be presented at the Kauffman Center for the Performing Arts, 1601 Broadway Blvd., Kansas City, Mo., for two performances only on Saturday, Feb. 1. This journey to Heaven and Hell is a provocative exploration of human nature, featuring vivid characters drawn with Lewis’ trademark wit. “The Great Divorce” national tour will tour the nation including Charlotte, Charleston, Cleveland, Colorado Springs and Columbus in coming months.

Fellowship for the Performing Arts also produces the nationally acclaimed hit “The Screwtape Letters”, which will soon enter its fourth year after appearing in over 50 major cities throughout the United States. Over 350,000 theatergoers have seen “The Screwtape Letters” on tour and in successful sit-down productions in New York, Chicago and Washington, D.C. Following the overwhelming success of “Letter”, McLean conceived the idea to adapt “The Great Divorce” for the stage.

“This is Lewis at his imaginative best,” saysÂ McLean. In “The Great Divorce”, several of Lewis’ most fascinating characters take a bus ride from Hell to Paradise. But the bizarre question the play asks is: Will they like it? Will they prefer Hell to Heaven? Â Are the doors of Hell really locked from the inside?

Three actors transform into over a dozen different personality types to tell this fantastical morality tale about good and evil. On the bus is a man who is going to demand his â€˜rights’, a woman who can’t stop grumbling, a gentleman who â€˜likes’ Heaven but staying there means giving up his precious pet lizard, and a world traveler who believes Heaven and Hell are just a propaganda stunt run by the same people. As each ghost is welcomed by a celestial spirit, the choice of staying or going back brings vivid clarity to the “great divorce” between Heaven and Hell.

“There are only two kinds of people in the end,” Lewis writes in “The Great Divorce”, “those who say to God, ‘Thy will be done,’ and those to whom God says, in the end, ‘Thy will be done.'” The book remains one of Lewis’ most influential pieces and rightly earns its place among classics such asÂ The Lion, The Witch and The Wardrobe,Â The Screwtape LettersÂ and Mere Christianity.

Fellowship for the Performing Arts is based in New York City with Max McLean as Founder and Artistic Director. Adapted by McLean and Brian Watkins, production is Directed by Bill Castellino, with the creative team including Executive Producer and General Manager Ken Denison of Aruba Productions, Scenic Designer Kelly James Tighe, Costume Designer Nicole Wee and Lighting Designer Michael Gilliam. Original Music and Sound Design are by John Gromada with Projections by Chris Kateff.

Fellowship for the Performing Arts’ production celebrates the legacy of C.S. Lewis’ profoundly influential life and honors the 50th anniversary of his death on November 22, 1963. Last year, on that date, Lewis received one of Britain’s highest honors, a memorial in Poets’ Corner joining such legends as Chaucer, Shakespeare and Dickens.