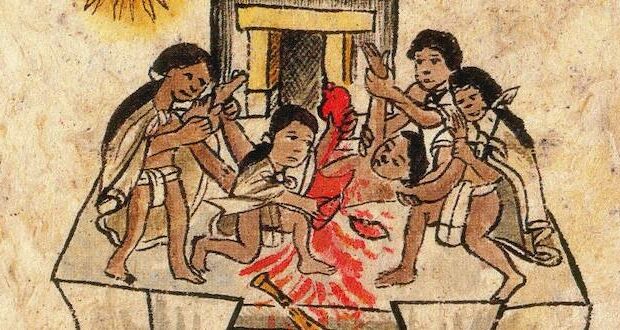 California has ended a policy that requires public school students to pray to an Aztec God. It comes as they settle a lawsuit brought by angry parents of students across the state.

Among Aztec religious practices were the cutting out of human hearts and the flaying of victims and the wearing of their skin.

Paul Jonna, partner at LiMandri & Jonna LLP and special counsel for the Thomas More Society, a national public interest law firm, said the “Aztec prayers at issue—which seek blessings from and the intercession of these demonic forces—were not being taught as poetry or history.”

Rather, the California State Board of Education’s nearly 900-page Ethnic Studies Model Curriculum (ESMC) “instructed students to chant the prayers for emotional nourishment after a ‘lesson that may be emotionally taxing or even when student engagement may appear to be low.’ The idea was to use them as prayers,” said Jonna, one of the lawyers for the plaintiffs.

The launch of the ESMC made California “the first state in the nation to offer a statewide ethnic studies model for educators,” the board boasted on March 18, 2021, when the curriculum was adopted.

“California’s students have been telling us for years that they need to see themselves and their stories represented in the classroom,” state Superintendent of Public Instruction Tony Thurmond said at the time. “Today’s historic action gives schools the opportunity to uplift the histories and voices of marginalized communities in ways that help our state and nation achieve racial justice and create lasting change.”

The ESMC contained a section on “Affirmation, Chants, and Energizers.” Among these was the In Lak Ech Affirmation, which calls upon five Aztec deities—Tezkatlipoka (God of the Night Sky), Quetzalcoatl (God of the Morning and Evening Star), Huitzilopochtli (God of Sun and War), Xipe Totek (God of Spring), and Hunab Ku (God of the Universe). The pagan prayers address the deities both by name and traditional titles, recognize them as sources of power and knowledge, invoke their assistance, and offer thanks.

According to the plaintiffs’ lawyers, even after the settlement, the ESMC “is still deeply rooted in Critical Race Theory (CRT) and critical pedagogy, with a race-based lens and an oppressor-victim dichotomy.” The Aztec chant component demonstrated “the politicized championing of critical consciousness, social justice, transformative resistance, liberation and anti-colonial movements in the state-sanctioned teachings of ethnic studies.”

But Frank Xu, president of Californians for Equal Rights Foundation (CERF), a nonprofit organization that is one of the plaintiffs, said the settlement gives him hope.

“We are encouraged by this important, hard-fought victory,” Xu said in a statement.

“Our state has simply gone too far in attempts to promote fringe ideologies and racial grievance policies, even those that disregard established constitutional principles. Endorsing religious chants in the state curriculum is one glaring example,” he said.

The lawsuit was filed Sept. 3 in the Superior Court of California, County of San Diego, by the Thomas More Society, as previously reported. The plaintiffs argued that the ESMC constituted an impermissible governmental endorsement of the Aztec religion.

According to the legal complaint, the State Board of Education appointed R. Tolteka Cuauhtin, a co-author of the 2019 book “Rethinking Ethnic Studies,” to chair a panel to develop the ESMC. In his book, Cuauhtin “demonstrates an animus towards Christianity and Catholicism—claiming that Christians committed ‘theocide’ (i.e., killing gods) against indigenous tribes.”