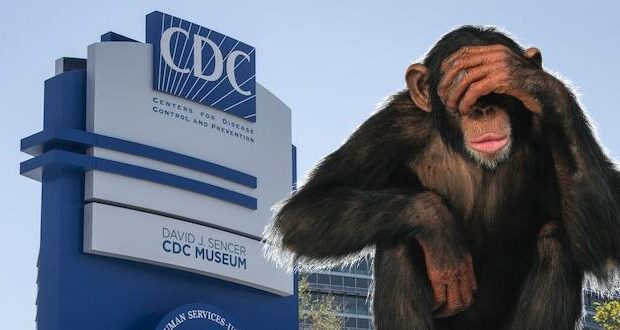 The Centers for Disease Control and Prevention (CDC) on Monday told Americans to wear a mask to avoid monkeypox then immediately reversed that guidance.

The controversial federal agency, which has been criticized for often contradictory and arcane Covid guidance, raised its alert level for monkeypox to level 2 and said travelers should wear masks before reversing its decision.

In an update, the agency originally encouraged people to practice enhanced precaution measures such as avoiding contact with visibly sick people, regularly washing hands, and wearing a face covering. Stay away from others with genital lesions, it also advised people war masks.

“Cases of monkeypox have been reported in Europe, North America, South America, Africa, Asia, and Australia,” the CDC wrote in its alert. “Some cases were reported among men who have sex with men,” it added.

Finally, the CDC urged travelers to wear masks, noting that doing so “can help protect you from many diseases, including monkeypox.”

However, the agency quietly deleted the advice regarding mask-wearing. It no longer appears on CDC website as of Tuesday, June 7, while the rest of the advice for travelers remains in place.

Monkeypox is a rare virus believed to be transmitted to humans from animals and is endemic to Central and West Africa typically places in close proximity to tropical rainforests and monkeys. The first suspected case was reported on May 7 in an individual who traveled from the United Kingdom to Nigeria and subsequently returned to the United Kingdom. Early reports believe it initially spread in Europe from one outdoor music festival. It is not known if it was first transmitted to humans through sex with monkeys. Health officials have noted the number of cases found among homosexual men.

It spreads from one person to another through close contact with bodily fluids, lesions, respiratory droplets, and contaminated materials.

As of June 6, there have been just 1,019 confirmed cases of monkeypox in 29 countries around the world tied to the current outbreak, of which 30 are in the United States, according to the CDC.

It is not the first time the CDC has quietly changed data or guidance on its website. Last year, without fanfare, it reduced the number of children it said had died of Covid by 25 percent.

Monkeypox is fatal in as many as 1 to 11 percent of people who become infected, although previous vaccination against smallpox, which is related to the monkeypox virus, may provide protection.

In May, pharmaceutical and biotechnology company Moderna announced it is testing potential vaccines against monkeypox in pre-clinical trials as part of its commitment to advancing programs by 2025 against pathogens that pose a threat to public health.