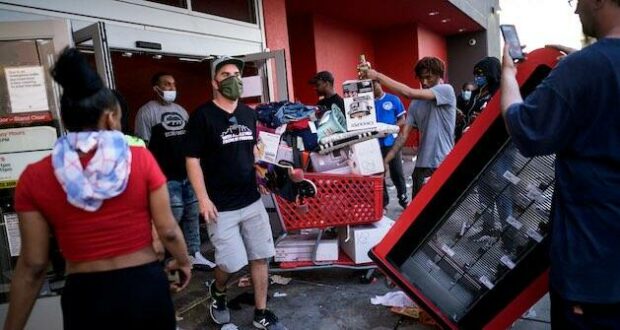 Shoppers may find that some of their favorite retailers may no longer be around in the new year. Several have announced the closure of locations in various cities, citing a number of factors, from changing consumer attitudes and future health needs to issues with spikes in crime, Fox Business reported.

The announcement of mass closings and layoffs come as President Biden over the weekend took credit for a “strong” economy.

CVS Health announced in November that it planned to close around 9 percent of its nearly 10,000 locations, with further closures of 300 stores each year for the next three years. Rite Aid also said it would close 63 stores to reduce costs and boost profits. CVS specifically noted that a shift to digital preferences by most customers motivated the company to reconsider its physical presence.

“We remain focused on the competitive advantage provided by our presence in thousands of communities across the country, which complements our rapidly expanding digital presence,” said Karen Lynch, CVS Health president and CEO.

Macy’s also cited a shift to e-commerce as a major factor in closing physical locations, with the pandemic lockdown in 2020 showing many retailers the frailty of the brick-and-mortar model. JCPenney and Neiman Marcus filed for bankruptcy last year after weeks of lockdowns starved the retailers.

Target will close a few locations in San Francisco over security concerns. That city has become a “shoplifter’s paradise,” according to the “Wall Street Journal,” after District Attorney Chesa Boudin effectively decriminalized theft of less than $950.

“Leading retailers are concerned about the growing impact organized retail crime is having on the communities we proudly serve,” they wrote in the letter, highlighting support for the INFORM Consumers Act. “This important legislation will modernize our consumer protection laws to safeguard families and communities from the sale of illicit products, and we urge its quick passage.”

Previous: The Salvation Army pushes back against criticism over allegations
Next: Lawmakers blast Biden for bragging about economic record