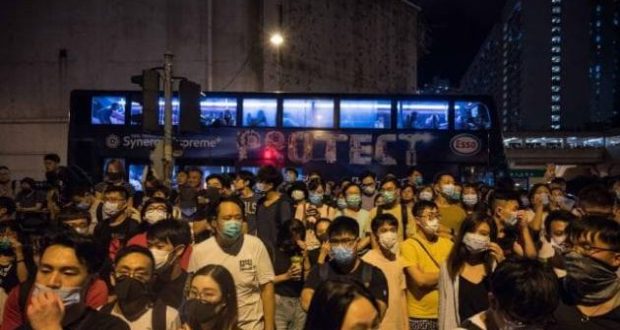 Is China preparing to invade Hong Kong? World leaders, including the White House, are monitoring the sudden “congregation” of Chinese military and special unit police forces at the border with Hong Kong on Wednesday. The concerning news follows another night of unrest and clashes between protesters and police.

A senior US official who briefed reporters on the condition of anonymity said a number of units had gathered, but it’s unclear what their intentions are, according to Bloomberg. Hong Kong residents fear another “Tiananmen Square” in which some reports say tens of thousand of Chinese protesters were killed by Communist troops.

It comes as Beijing accused the United States of inciting the increasingly widespread protests in Hong Kong, which began two months ago over a proposed extradition bill that could see citizens sent to the mainland.

Since then, demonstrations have evolved into a statement against Beijing’s influence in the operation of the relatively autonomous region.

Bloomberg cites the White House official as saying the US is watching China’s mainland border manoeuvres. Reports of the gathering of forces has sparked panic among Hong Kong locals on social media.

Overnight, protesters in Hong Kong clashed with police once more, with several hundred people taking to the streets.

The latest unrest was sparked by media reports that 44 people who had been arrested on Sunday would face a range of serious charges.

Riot police armed with shotguns were photographed patrolling transit stations, with claims on social media that some pointed their weapons at unarmed demonstrators. 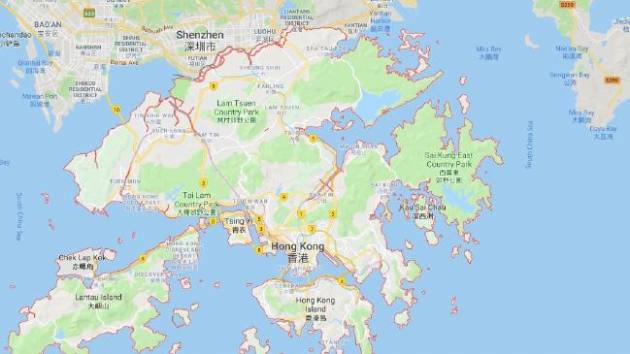 The White House is monitoring gathering Chinese forces at the ‘border’ of Hong Kong.Source:Supplied

Hong Kong Journalists’ Association also said police attacked journalists who were covering the protests, with a photographer hit in the head by a riot control officer’s shield.

Just before 3am local time, several fireworks were set off, injuring six people — five of whom were taken to hospital for treatment.

Last night’s unannounced protest follows demonstrations on Sunday that saw police deploy tear gas and scuffle with people who assembled in the streets.

“Hong Kong police know the law and break the law,” protesters chanted as they made their way through the streets.

The extradition bill that sparked the start of protests in June has been suspended, but opponents are now demanding it be scrapped entirely.

This morning, supporters gathered outside a court in Hong Kong where more than 40 protesters are due to appear today.

Multiple open letters have been signed by hundreds of anonymous civil servants in the past week condemning the administration of city leader Carrie Lam and the police.

A group of civil servants have also announced plans to hold a rally on Friday night — something unheard of from a demographic that usually eschews politics.

The letters — accompanied by photos of civil servant identity cards with personal details obscured — bemoan Lam’s lack of leadership and refusal to compromise as her administration grapples with huge protests rocking the international finance hub.

US Secretary of State Mike Pompeo has urged China to “do the right thing” by Hong Kong.

“It’s clear that Mr Pompeo has put himself in the wrong position and still regards himself as the head of the CIA,” Ms Hua said.

“He might think that violent activities in Hong Kong are reasonable because after all, this is the creation of the US.”

The US, China and Hong Kong have not officially commented on the claims of Chinese forces at the border.