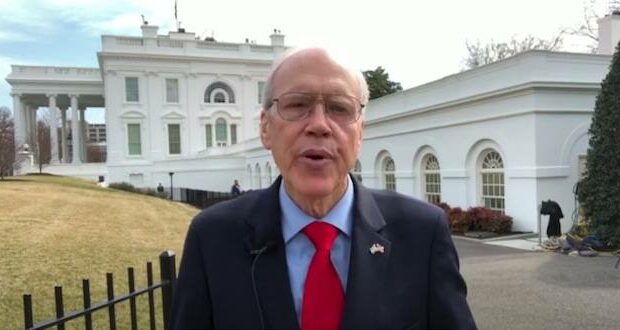 Journalists ranging from a Christian reporter to a writer for “Playboy” are concerned about limited access to the Biden Administration.

Dr. Matthew Anthony Harper, a White House investigative journalist who writes for the conservative Idaho-based “InterMountain Christian News,” told Metro Voice that his access to the White House has been substantially reduced compared to the previous administration.

“I’m being told by the White House Correspondents Association who is responsible for selecting members of the press pool and seating that I’m not being included in press briefings as a member of the press pool due to Covid,” Harper stated in a video and an email to Metro Voice.

Harper characterized a new policy requiring certain journalists to pay for their own coronavirus testing as a “gross injustice putting a wall up for press access directly affecting our freedom of the press.”  The daily testing costs $150 each time.

In January, Harper, along with several other journalists, signed a letter sent to White House Press Secretary Jen Psaki concerning the administration’s press policies in light of the pandemic. He maintained that he brought up this issue with the letter in a meeting with Psaki.

“She stated that she was aware of the letter and had read it and that she had responded to Brian Karem,” he recounted, referring to “Playboy’s” White House correspondent who wrote the letter.

Harper, who reports on religious freedom violations and anti-Semitism, seconded Karem’s displeasure with the new policy enacted in February that requires journalists to pay for COVID-19 testing. “Our nonprofit news organization and many other news outlets don’t have funds to be paying this,” he said.

“The White House has informed us that it has determined that budgetary constraints limit the government’s ability to provide the daily COVID-19 testing that the White House requires for journalists on campus,” said Steven Thomma, executive director of the White House Correspondents’ Association.

Karem, who won the National Press Club’s Freedom of the Press Award in 2015, says that he emailed Psaki on Feb. 26 to argue that “it’s dangerous and wrong to charge reporters for testing.”

Karem elaborated on his concerns in a March 4 article, arguing that “independent reporters are being penalized by the Biden administration’s new White House entry policies that favor wealthy corporate outlets.”

The veteran Playboy reporter is no stranger to limited press access. He sued the Trump administration over access when his was stripped after an altercation took place in the White House Rose Garden. It happened after a talk President Donald Trump gave about his plan to add a citizenship question to the 2020 census. After hearing Karem make a joke about a group of Trump-supporters in the audience being “eager for demonic possession,” White House aide and conservative radio host Sebastian Gorka shouted, “And you’re a journalist right?” To which Karem responded, “Come on over here and talk to me, brother. We can go outside and have a long conversation.”

Harper told Metro Voice he’s not aware of all the journalists being excluded from the press pool and that the White House Correspondents Association has not responded to his request of what members of the Jewish and Christian media are being included. “I’m suspecting they don’t want members of conservative media outlets included,” he said.

Metro Voice publisher Anita Widaman, who has had White House press access since the Obama administration, was briefly excluded in February. After an email inquiry to the Press Pool,  full press access was renewed. Widaman also serves as director of VisionIsrael.com, an educational non-profit focusing on educating young people about anti-Semitism and the Holocaust.