Home / News / Columns / Christians are the swing voters on Nov. 6 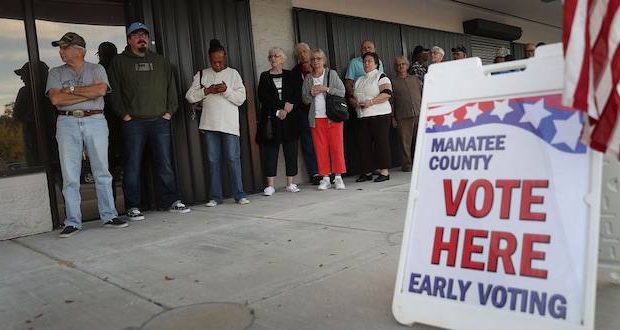 Christians are the swing voters on Nov. 6

Both the right and the left are desperately trying to mobilize their bases and appeal to key swing voting blocks. But there’s a reality few in politics have fully recognized and accepted: Independents aren’t the swing voters in this election.

If you watched the Kavanugh hearing you’ve witnessed the hostility from the liberal left towards the sanctity of life and religious liberty, principles that Kavanaugh’s record has proven to uphold. The left announced their opposition to the nominee long before the allegations surfaced.

Shouts from protesters yelling in defense of Roe v. Wade have frequently filled the hearing room and interrupted the committee proceedings. This is no coincidence. The highly organized Women’s March took credit on Twitter for the dozens of women arrested for disrupting the hearings.

The liberal left is feeling the weight of Barack Obama’s famous 2008 saying, “elections have consequences.” They recognize they may lose leverage on issues that are interwoven with our faith, namely the sanctity of life and religious liberty.

But in just four weeks, voters will head to the polls for midterm elections, and that outcome is not as certain.

Democrat groups are actively intimidating conservative voters. ANTIFA, a loosely organized group of violent protesters defines itself as “anti-fascists” but actually use fascist tactics to shut down Chrsitian and conservative speakers on campuses and on the streets of ordinary American cities. The group is quietly supported by the Democrat Party and mega donors like George Soros. Evidence has emerged that George soros funded many of the protesters during the confirmation process of Brett Kavanaugh.

There’s big money on the left and that’s what worries conservatives.

Democrats only need 23 seats to flip the House and two seats to gain majority control of the Senate. Don’t be under any illusions: Pro-abortion advocates such as the Women’s March are organizing in unbelievable numbers to mobilize voters.

Christians more important than ever

It’s estimated that 35 million of America’s 90 million evangelical Christians did not vote in the 2016 election. Since voter turnout always drops off for midterm elections, it’s very possible that even more than 35 million Christians will choose to stay home — unless they are motivated and equipped to use their voice through their vote.

Do you think that candidates who advocate for abortion or think people of faith should keep their beliefs out of the public square would be elected if 35 million more Christians voted?

My Faith Votes is a non-profit organization with a proven strategy to mobilize and inform Christians in churches, on campuses and in their places of work to vote in every election by leveraging cutting-edge technology to reach and equip faith voters.

Every American should cherish the right to vote. The best way to do this is to practice that right! If Christians are to protect the principles we hold most dear, we must faithfully vote. Otherwise, those who believe differently — very differently — win by default.

Jason Yates is CEO of My Faith Votes, a nonpartisan movement focused on motivating Christians in America to participate in local and domestic elections. By partnering with local churches, pastors and national faith leaders, My Faith Votes mobilizes and resources Christians to lead the conversation on the place of faith in culture and politics. Gov. Mike Huckabee serves as the organization’s honorary national chairman. Website: www.myfaithvotes.org. Twitter: @MyFaithVotes. Facebook: My Faith Votes.