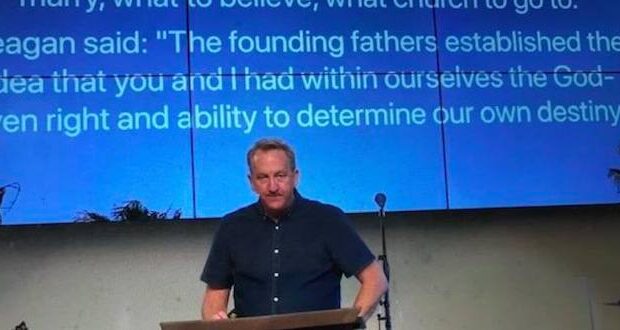 Churches rebrand as ‘strip clubs’ in response to CA ruling

If you can’t beat ‘em, join ‘em. Two Southern California pastors rebranded their churches as strip clubs to get around stringent COVID-19 regulations

San Diego Superior Court Judge Joel R. Wohlfeil said that the state of California should cease any actions preventing the strip clubs from being allowed to provide live adult entertainment. Churches, however, were still restricted from holding indoor services despite several pastors who have defied the state’s lockdown restrictions on religious gatherings.

Last Sunday, Pastor Rob McCoy of Godspeak Calvary Chapel decided to outsmart the state’s closing of churches by turning his church into a “strip club” of his own. McCoy has previously dealt with a filing of contempt after continuing indoor services despite a court injunction.

Before delivering his sermon, McCoy played a Fox News clip of former Arkansas Governor Mike Huckabee, who quipped that churches should reopen as a “temporary strip club.”

Following the clip, McCoy had music played as he broke out in a clean version of a “striptease” before removing his tie. Meanwhile, the congregation raised $1 bills and cheered him on.

“This is insane!” McCoy said.  “Cannot America see the hypocrisy and the stupidity of all this?” You’re being lied to. We are finished with your tyranny and we are going to enjoy Thanksgiving and we’re going to worship God. Open your churches!”

Jurgen Matthesius, senior pastor of Awaken Church, also did a “striptease” before his sermon in response to the ruling.