Home / News / Clinton: We’ll “be civil” only if Democrats win 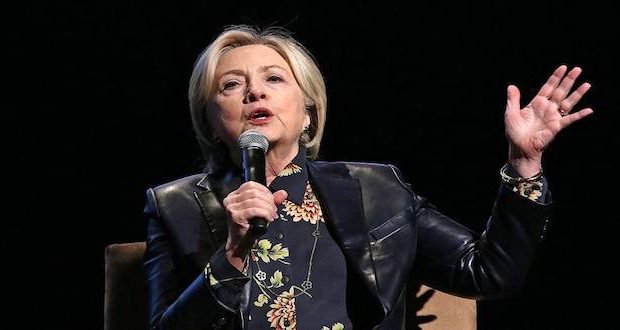 Clinton: We’ll “be civil” only if Democrats win

Hillary Clinton has given Republicans an ultimatum: Democrats will only be civil to you if Democrats win in November. The former First Lady made the shocking statement in an interview with CNN.

“You cannot be civil with a political party that wants to destroy what you stand for, what you care about,” Clinton told CNN‘s Christiane Amanpour. “That’s why I believe, if we are fortunate enough to win back the House and/or the Senate, that’s when civility can start again. But until then, the only thing that the Republicans seem to recognize and respect is strength.”

“I remember what they did to me for 25 years – the falsehoods, the lies, which unfortunately people believe because the Republicans have put a lot of time, money, and effort in promoting them,” Clinton said. “So when you’re dealing with an ideological party that is driven by the lust for power, that is funded by corporate interests who want a government that does its bidding, it’s — you can be civil, but you can’t overcome what they intend to do unless you win elections.”

Senate Majority Leader Mitch McConnell blasted the former Secretary of State after her interview and accused radical Democrats of harassing people with whom they disagree.

“She told CNN exactly how she views millions of Americans who hold different political views than her own,” McConnell said during a Senate floor speech. “No peace until they get their way? More of these unhinged tactics? Apparently, these are the left’s rallying cry.”

McConnell criticized protesters who swarmed the Capitol and harassed Senators during the confirmation process of Supreme Court Justice Brett Kavanaugh.  Protestors also chased Senator Ted Cruz (R-TX) and his wife out of a nearby restaurant for his support of Kavanaugh. Meanwhile, a former Democratic staffer is accused of leaking the personal information of several senators a few weeks ago.

“Far left activists decided that the United States Senate and their members should be harassed and intimidated wherever they might be. In a restaurant, with family, getting out of their own car or in their own home,” McConnell said. “Protesters disregarded the men and women of the Capitol Police and the Supreme Court, climbed on states and tried to literally shout down senators right in the middle of a roll call vote.”

Jason Yates, the CEO of My Faith Votes, tells CBN News that it’s time for Americans to respect the dignity of those they disagree with politically.

“This confirmation hearing has both revealed and magnified the political divide in our nation, and it’s affecting every area of our lives, including the church. We just need to really step back and recognize that we can’t allow the political environment to affect how we live out our faith, how we network and involve…in relationship with our neighbors, our communities,” he said.

Previous: Hurricane Michael to hit Panama City, Destin area
Next: Today is deadline to register to vote in Missouri