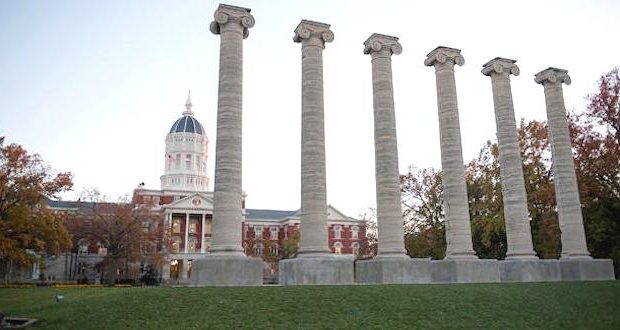 Columbia is gaining a reputation as one of Missouri’s most violent cities.

The deep blue city, an outlier in an otherwise deep red central part of the state, has dealt with a slew of shootings and other violent crimes. In just the last two months there have been eight shootings in downtown Columbia which is also the location of the University of Missouri. Rapes in the city are 50 percent higher than the national average. Murders are almost double the average.

Public concern continues to bring pressure on the decidedly liberal city council that, some say, has exacerbated the escalating crime with policies more common in the state’s two largest urban areas, St. Louis and Kansas City.

In 2020, at the height of protests in relation to the George Floyd verdict, the city council, rather than addressing the city’s spiraling crime problem, passed a resolution “reaffirming the commitment of the city to values of equity, fairness, inclusion and justice in the provision of city services in the wake of COVID-19.”

After eight shootings in downtown Columbia in eight weeks, and several people bringing their concerns on the increased violence to city leaders, the council is announcing plans to address gun violence.

“There’s a shooting every weekend. Our cops are tired our people are tired – people are dying. We can’t just sit here.”

Members of the community spoke out at a police briefing Sunday regarding a shooting over the weekend which left the shooter dead.

Reverend James Gray told ABC17 News, “it’s happening in our community, it’s happening out south of town in the third ward, and these people that represent the city council, it’s their duty to be here to address the questions and take accountability for their ward.”

Gray was angry that council members from his Ward were not even present.

Other community members also made suggestions to make the area safer.

Traci Wilson-Kleekamp thinks it’s about gun control. Wilson-Kleekamp heads an organization called Race Matters, Friends. She says the problem is the number of guns on the street but, like the current police chief, doesn’t differentiate between those who own guns legally and those who carry illegal firearms.

“You could get a hundred more police officers and you can not compete with the number of guns on the street,” Wilson-Kleekamp alleges.

At a briefing on Sunday hours after a shooting earlier in the morning, Jones attempted to lay blame on the Preservation Act and Governor Parson.

The act prevents local and state law enforcement from enforcing what many see as unconstitutional federal gun laws passed by the Bide administration.

“The Second Amendment Preservation Act did pass and went into effect this summer and we are seeing the result,” Kristin Bowen contends.

But data shows crime has been growing in Columbia for years but, as a college town, some contend it has been downplayed.

According to the crime reporting website crimegrade.org, Columbia gets a failing grade as a safe city.

“Columbia is in the 27th percentile for safety, meaning 73% of cities are safer and  27% of cities are more dangerous,” the report says. The analysis applies to Columbia’s city limits.

The violence will most likely be center in the mayoral election on April 5 but only if voters continue to bring it up.

Tanya Heath, an adjunct professor at MU is the latest to jump in the race after Mayor Brian Treece announced last month he is not seeking reelection.

Filing opened Tuesday and closes Jan. 11. In addition to mayor, city council seats representing the third and fourth wards are up for election this cycle.