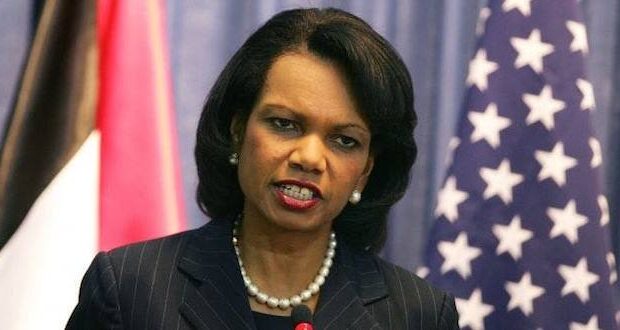 Liberals are wrong to assume they know how African Americans will think and act, said Condoleezza Rice, former secretary of state. Rice, the first black American to serve in that position, talked about systemic racism during a Zoom call with “New York Times’” Peter Baker for the Aspen Security Forum.

“I don’t really care if we’re colorblind, but I would like to get to a place that, when you see somebody who is black, you don’t have preconceived notions of what they’re capable of, who they are — by the way, what they think, which is a big problem of the left,” Rice said.

One example of this issue bearing itself out occurred in May, when presumptive Democratic presidential nominee Joe Biden said during an interview with liberal talk radio host Charlamagne tha God, who is black, that voters “ain’t black” if they choose President Donald Trump over him.

Rice, a Republican, explained to Baker she does believe systemic racism remains an issue in the United States, calling slavery the country’s “birth defect.” However, she explained it’s critical to target tangible issues with actionable steps, rather than going after a loosely defined proverbial bogeyman

“I am not one who believes you can just sort of ‘take on systemic racism,’” Rice said. “I don’t even know how to start. I do think you can take on the impact of the educational system for minority kids that leaves most of them behind. I think you can take that on. But people might not like my answer. My answer is: let’s do school choice in a big way.”

President Trump and Education Secretary Betsy DeVos are both advocates for school choice, a system in which the government sends tax dollars back to families so they can choose the best academic fit for their children.

Previous: Museum of the Bible focuses on theme of the Bible and healing
Next: Trump may bypass Democrats, issue unemployment order; also require preexisting conditions to be covered by insurance