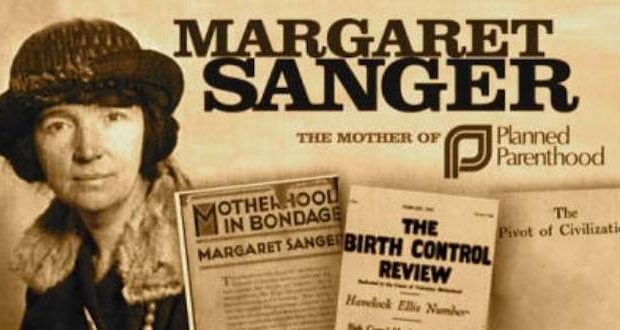 A collection of statues in the Smithsonian’s National Portrait Gallery includes Margaret Sanger, a racist and proponent of eugenics who founded Planned Parenthood.

Rep. Russ Fulcher, a Republican from Idaho, is reviving a decades-long effort in calling for it to be removed.

Sanger has been criticized for years over her support of eugenics as well as her well-documented racially charged comments. While many media outlets and “fact-checking” website often try to downplay her racist comments and actions, the facts are clear. For example, the abortion business founder said the government should “give certain dysgenic groups in our population their choice of segregation or sterilization.” Sanger also wrote in “The Pivot of Civilization” (1922), “We are paying for, and even submitting to, the dictates of an ever-increasing, unceasingly spawning class of human beings who never should have been born at all.”

In 1921 Sanger wrote in The Eugenic Value of Birth Control Propaganda: “Today eugenics is suggested by the most diverse minds as the most adequate and thorough avenue in the solution of racial, political and social problems.”

She also has advocated abortion “when either mother or father suffers from such diseases as tuberculosis, gonorrhea, syphilis, cancer, epilepsy, insanity, drunkenness and mental disorders.” 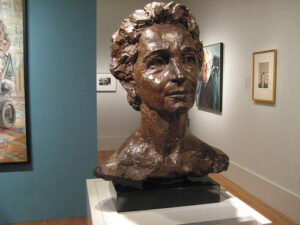 “As our nation struggles to address racial injustice, it is unconscionable that an avowed racialist and eugenicist is featured so prominently,” Fulcher wrote in a letter to the Smithsonian. “Ms. Sanger is not the kind, inspirational figure you refer to when you talk about challenging our nation ‘to live up to its founding ideals.’”

Fulcher’s call for the removal of the Sanger bust comes as protesters and rioters all around the country are calling for the removal of dozens of Confederate statues, as well as memorials of President Abraham Lincoln, from public lands. In addition, House Speaker Nancy Pelosi ordered last month that four portraits of former House speakers who served in the Confederacy be removed.

“During these challenging times, it is critical the National Portrait Gallery provide us with examples of heroes who offer hope and courage which inspire each of us to work for a nation where all are treated with dignity and equality,” said Brandi Swindell, founder and CEO of Stanton Public Policy Center.

The call for the removal of the Sanger statue comes as others point out the racist founding of the Democrat Party in the 1860s and known KKK members who served in Congress as Democrats including Robert C. Byrd. The West Virginia senator served for 51 years, many of those as the leader of Senate Democrats, until his death in 2010.