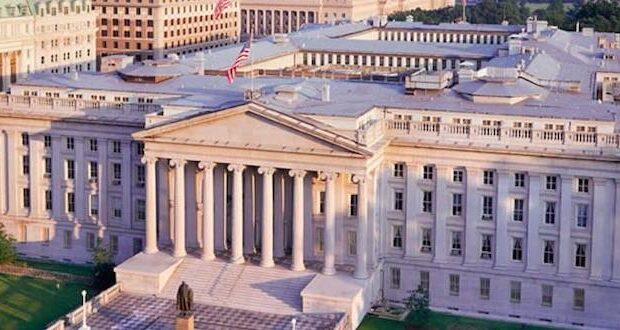 Stimulus checks will once again be distributed to most Americans in August, Treasury Secretary Steven Mnuchin told reporters on Saturday. The Treasury announced they will again be $1,200.

The new payments will be based on the same formula as an earlier bill, with people who make $75,000 or less set to receive the full amount. Americans earning over $100,000 do not qualify for a payment.

“We’ll get the majority of them out in August and those will help people,” Mnuchin said on July 25.

Republicans were ready to roll out the next $1 trillion pandemic stimulus bill on Monday with the backing of the White House. Mnuchin said President Donald Trump’s top priority was to extend an expiring unemployment benefit but reduce the amount substantially so it doesn’t act as a disincentive for people to return to work.

Mnuchin said he and Mark Meadows, the president’s chief of staff, spent several hours at the Capitol with Republican staff.

Democrats have yet to weigh in publicly on the proposal as polls show Trump’s approval rating nearing record highs ahead of the 2020 election. His approval rating is currently hovering at 50 percent.

Mnuchin has recently said that he called the Democratic leaders in the House and Senate before negotiations kick off on the broader aid deal.

Republicans were on track to introduce their proposal earlier, but some GOP lawmakers disagreed on the size, scope, and details of the $1 trillion package. The bill was expected to include $105 billion for reopening schools and continued funding for testing for the Chinese Communist Party (CCP) virus, commonly known as the coronavirus. The measure was also expected to include benefits for businesses, including loans, tax breaks, and protections against virus-related lawsuits.

The White House summed up the president’s priorities for the bills as “jobs and kids.”

“The president has been very clear. He wants to make sure that the American people have what they need during this unprecedented time,” Meadows said, “to make sure not only the money is there but the programs.”

The $600 weekly unemployment benefit expired on Saturday, adding urgency to the negotiations. The White House proposed cutting the unemployment aid to $100 per week. Republicans favored cutting it to $200 which would be phased out to no more than 70 percent of an employee’s previous pay.

In addition to the expiration of jobless benefits, the federal moratorium on evictions also expires on July 31.

The Democrats are likely to exercise leverage to add their priorities to the bill before a final deal is sealed. Both sides are eager to agree on a package to prevent a fallout triggered by the expiration of major aid programs.

Senate Majority Leader Mitch McConnell said Friday he hoped a package could be agreed on “in the next few weeks.”