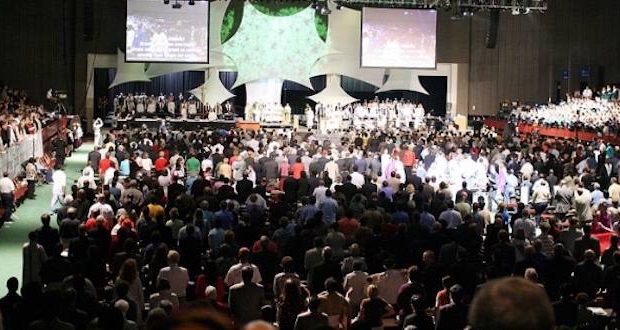 Adam Hamilton, pastor of the local Church of the Resurrection, recently predicted a coming schism in the United Methodist Church because of its stance on homosexuality. His prediction already may be coming to pass.

The conservative Wesleyan Covenant Association recently voted to endorse the Indianapolis Plan for Amicable Separation, according to its website. The association released the following statement.

“It was at times a tense debate for the council, but always a respectful one,” said the Rev. Jeff Greenway, senior pastor at Reynoldsburg United Methodist Church in Reynoldsburg, Ohio, and chairman of the WCA Council. “All the members of our council, both laity and clergy, have given years of service to the United Methodist Church; they have faithfully supported it with their talents, their time and their service. So it was obviously a very hard and painful decision to conclude some form of separation is the only viable way forward given the great impasse that threatens the denomination and its local churches.”

The WCA Council will forward its resolution regarding the Indianapolis Plan to its Global Legislative Assembly that will meet in early November. The 250 delegates from around the world will also debate the resolution and dispose of it as they see fit.

“I have great admiration and give thanks for the women and men who hammered out the Indianapolis Plan,” said the Rev Carolyn Moore, lead pastor at Mosaic Church in Evans, Ga., and the WCA’s vice-chair. “And I’m also proud of our WCA Council. The council includes faithful United Methodist leaders from across our global connection, and none of them were shy about sharing their sincere views as we debated the merits of the Indianapolis Plan. It was a tough debate, and a healthy and good one.”

Previous: Secretary of State Mike Pompeo shares insights into being a Christian leader
Next: Christians continue to disagree about whether and how to celebrate Halloween