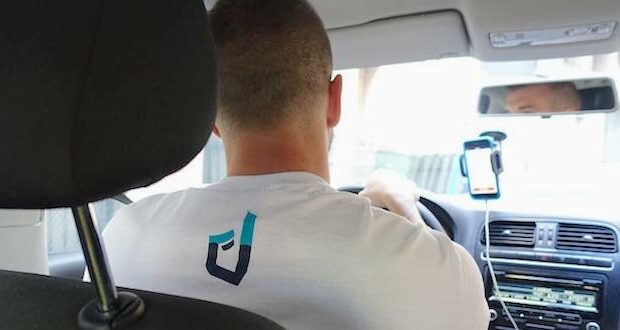 Customers give higher ratings and tips to politically conservative Airbnb hosts, Uber drivers and waiters than to ones with more liberal leanings, according to new peer-reviewed research I co-authored. That’s despite evidence we found that consumers may actually expect the opposite.

To reach the first conclusion, a colleague and I conducted four different studies. The first involved poring over about 50,000 Airbnb listings in 16 U.S. cities. We examined average ratings and compared them with the percentage of Republican voters in the city, based on recent elections.

We found that Airbnb hosts in cities with a greater share of Republican voters tended to have higher ratings. Specifically, an increase of one percentage point in a city’s proportion of Republicans correlated with a 0.12 increase in its average Airbnb rating. While that may seem small, Airbnb ratings are often quite high, which means a small change can be significant.

While we controlled for other factors that could influence average ratings such as housing prices, there are other possible explanations for our results.

So we surveyed 183 Uber drivers and 119 servers using Amazon’s Mechanical Turk survey platform. We asked the drivers to state their rating and waiters to report the percentage of tips they received per bill over the previous week, on average. Besides general control questions like age, income and gender, we asked participants to identify themselves on a seven-point scale that measured their political ideology.

In both cases, those who identified as conservative or tended to vote Republican reported higher ratings and tips than more liberal or Democratic participants. The differences were small but statistically significant.

We wondered what was driving this pattern, so we conducted a fourth study to see if we could find an explanation.

Past research suggests that conservatives score higher on a personality trait commonly associated with good customer service: conscientiousness. So we surveyed 167 Airbnb hosts from across the country. We asked them to report their rating and assessed their ideology by asking how they feel about 12 political issues. We then measured their conscientiousness based on a measure of the five main personality traits.

Again, the more conservative hosts tended to have higher ratings and higher conscientiousness, which our results imply were linked.

A fifth study we conducted suggests consumers, however, may actually expect better service from liberal providers. We recruited 249 participants and told them they would have an upcoming appointment with a new doctor. Half were told that the doctor would be liberal and the other half conservative. We found that an overwhelming number of participants – including many conservatives – expected better service from the liberal doctor.

Although there were limitations to our studies, we replicated our findings across several control variables, separate sources of consumer data, varying measurements of political orientation and different service contexts.

Political flareups between service workers and customers happen a lot. Some recent examples include an Uber passenger berating his driver for saying he voted for President Joe Biden and a California restaurateur refusing service to customers wearing MAGA hats.

So we wanted to know how service workers’ political beliefs affect the perceived quality of service they deliver. We don’t believe our results should be interpreted to suggest an individual conservative is more likely to provide better service than a liberal. Rather, our focus was on the differences between the groups.

Further, we think that the reason this difference exists is because of each group’s general level of conscientiousness.

We didn’t determine if consumers perceived the political ideology of their hosts, drivers or waiters.

If so, would a liberal traveler still award a five-star review to a conservative Airbnb host? Would a conservative customer be less likely to leave a generous tip to a liberal waiter? We hope to address these questions in future research.

–Reprinted with permission from TheConversation.com | By Beth.Daley

Previous: Biden administration defends Israel, rejects ‘apartheid’ label
Next: Why your grocery bill will continue to get bigger