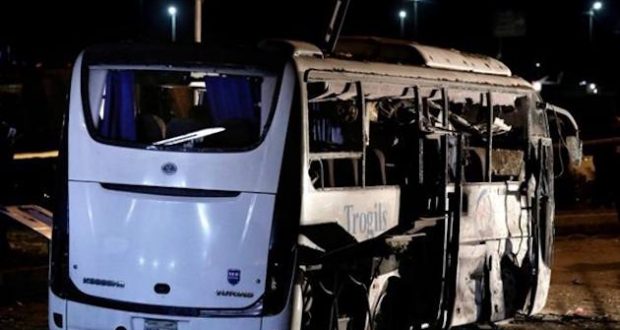 Convicted Palestinian terrorist who became a US citizen to be imprisoned, deported

One of the United State’s newest citizens is a convicted terrorist who tried to blow up a packed Israeli bus with school children aboard. It’s just one example of America’s broken immigration system, say critics.

Vallmoe Shqaire and an accomplice conspired to bomb the Israeli bus in 1988. The Jordanian-born Palestinian was serving under orders from the Palestinian Liberation Organization which now runs the West Bank. Court documents show they successfully detonated a bomb near the bus, but it caused no injuries.

Shqaire was later arrested by Israeli security forces and sentenced to 10 years in prison in 1991. The incident is one of the reasons Israel has spent billions building a security wall around Palestinian areas to prevent terrorist bombings in Israel. The wall has reduced terrorist attacks by 99.9%. It’s the same wall that American Democrats are pushing to be torn down, giving free access to Israel and plenty of targets.

He never served the full sentence and was released after four years following agreements during the Oslo Peace Accords.

Shqaire left the Middle East and was granted a visitor’s visa into the US in 1999 by President Clinton’s administration. He later went on to marry a US citizen, which allowed him to get a green card. They divorced in 2002, but Shqaire quickly remarried and he was given permanent residency.

He was granted full US citizenship in 2008 without ever disclosing his terror ties.

Shqaire tipped off US investigators after they discovered he was sending repeated money transfers to the Palestinian city of Ramallah in the West Bank.

His money transfers were considered a “subject of interest” to the Joint Terrorism Task Force in Los Angeles in 2011.

Shqaire was never charged for the money transfers but was convicted of grand theft in 2011 in connection to a credit card fraud scheme.

He was charged in September by the Trump administration with illegally obtaining his American citizenship by intentionally withholding his criminal record from US authorities.

“By concealing his violent, terrorist conduct, defendant circumvented the procedures our immigration system depends upon,” prosecutors wrote in a sentencing memorandum, CNN reports.

In January, Shqaire entered into a plea deal subjecting him to the possibility of prison time and agreeing to the loss of his citizenship and deportation.

The Trump administration announced Friday that Shqaire will be sentenced nine months in federal prison Friday. He was also stripped of his citizenship and will be deported to Jordan upon his release.

According to US law, someone with Shqaire’s terror connections would not be granted entry into the US, let alone citizenship. His case reveals just how fragile the US immigration system can be.

“Somebody dropped the ball,” Seamus Hughes, deputy director of the Program on Extremism at George Washington University told CNN.

Shqaire is at least the second convicted terrorist to become a US citizen after the 9/11 terror attacks.

In 2017, Rasmeah Odeh was also convicted of illegally obtaining US citizenship, after lying about her involvement in two terror attacks against Jews in Israel. One of those bombings killed two people.