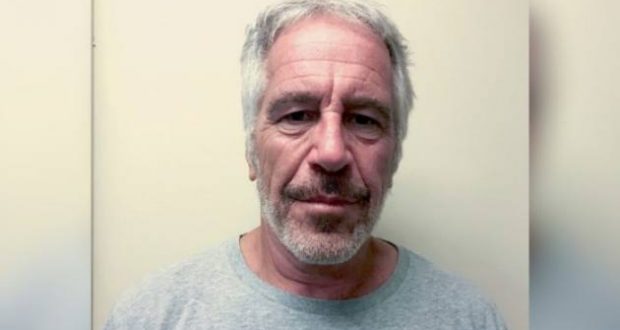 The New York City medical examiner’s office completed an autopsy on the body of accused child sex-trafficker and financier Jeffrey Epstein. The report could not conclusively determine suicide or the means of death saying the cause was “pending further information at this time.”

The results came in about a day after Epstein mysteriously died while being held at the Metropolitan Correctional Center in lower Manhattan.

The death of the nation’s most high-profile prisoner just days after 2,000 pages of high-profile names, including that of Britain’s Prince Andrew and his close friend Bill Clinton, were turned over to investigators, is fueling speculation about how he died or whether there is a coverup.

The allegations against Epstein and the names associated with his alleged crimes have shaken the foundations of the world’s elites. Former President Bill Clinton had flown on Epstein’s private plane at least 20 times with four times being to his private island where many of the sexual assaults are alleged to have occurred. On at least four of those trips to the island, Clinton had requested his secret service protection not accompany him, leaving them behind in the United States.

The only connection to President Donald Trump is over twenty-five years old when the two moved in the same social circles of Palm Beach, Florida and New York. Trump, who has stated on record that he disdained him and cautioned the Democrats to keep their distance from Epstein, actually had him thrown out and banned from ever setting foot on Mar-a-lago after female guests accused Epstein of serious sexual harassment. The two have not spoken since.

In a brief statement on the night of Aug. 11, Barbara Sampson, the city’s chief medical examiner, said that Dr. Michael Baden observed the autopsy examination, reported the New York Daily News. It was done at the request of Epstein’s representatives.

“This is routine practice,” Sampson said.

“My office defers to the involved law enforcement agencies regarding other investigations around his death,” the examiner added. “Inquiries regarding the determination of the Chief Medical Examiner should be directed towards my office.”

Anonymous officials said that guards looking after Epstein should have checked him every 30 minutes but did not.

The procedure wasn’t being followed when the 66-year-old was found dead, reported The New York Times on Aug. 11, citing unnamed officials.

The jail transferred Epstein’s cellmate and allowed him to be placed alone in a cell two weeks after he was taken off suicide watch, which reportedly was against jail protocol, two officials told the paper.

Officials at the jail said when they made the decision to take him off suicide watch, the Justice Department was informed that a guard would “look into his cell” every 30 minutes, according to the Times. The official said that this wasn’t followed.

A prison official told The New York Times that two guards who were staffing the unit were working overtime, and one was on his fifth straight day of overtime.

Epstein had been placed on suicide watch after he was found a little over two weeks ago with bruising on his neck, according to a person familiar with the matter who wasn’t authorized to discuss it publicly. But he was taken off the watch at the end of July and therefore wasn’t on it at the time of his death, the official said, according to The Associated Press.

Also on Sunday, TMZ reported that there are cameras in the jail’s special housing unit, where Epstein was being held, but they don’t point inside the cells.

The cameras are set up to capture who goes in or out of the cell, but they do not point inside.

The outlet also reported that guards are supposed to pass by each cell every 15 to 30 minutes.

Epstein, 66, had been denied bail and was facing up to 45 years in prison on federal sex trafficking and conspiracy charges. He pleaded not guilty and was awaiting trial in 2020.

Attorney General William Barr said that the U.S. inspector general will open an investigation “into the circumstances of Mr. Epstein’s death.”

“I was appalled to learn that Jeffrey Epstein was found dead early this morning from an apparent suicide while in federal custody,” Barr said in a statement. “Mr. Epstein’s death raises serious questions that must be answered.”

Previous: FROM THE CHEAP SEATS – Will there be real football in Lawrence?
Next: China removes word ‘bible’ from Robinson Crusoe