Home / Health and Wellness / Could coronavirus cause cancellation of Summer Olympics? 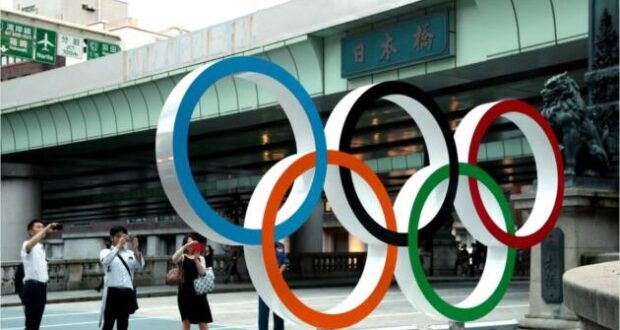 Time Magazine is reporting that the 2020 Summer Olympics, scheduled for July 24 in Japan, could be moved or cancelled. The news comes as Japan deals with a the spread of the coronavirus on board a ship there.

“The COVID-19 outbreak shows little sign of weakening. As of Feb. 19, the disease has infected more than 75,000, killed 2,014 and prompted over 50 countries and territories to close their borders to arrivals from China. The “devil” virus, as Chinese President Xi Jinping has called it, has already surpassed the combined death toll of SARS and MERS and lies on the cusp of becoming a pandemic that spreads around the globe. The next few weeks will determine whether containment efforts can prevent COVID-19 becoming the “black swan event” that Alibaba CEO Daniel Zhang has warned may derail the global economy.”

The magazine reports that the economic impact of the outbreak around the world is already a crisis. It quotes analysis by research firm Capital Economics saying coronavirus “will cost the world economy over $280 billion in the first quarter of this year, meaning that global GDP will not grow from one quarter to the next for the first time since 2009. China’s growth is expected to slow to 4.5% over the same period. Some 5 million companies have Chinese suppliers, according to data company Dun & Bradstreet, and all are under threat from slashed manufacturing capacity.”

As thousands of companies in China shutter their factories, keeping workers home in an attempt to stop the spread, world trade is now taking a major hit. On Monday, Feb. 24, the U.S. stock market plunged more than 800 points by mid-morning. Economists attributed the slump to output forecasts for companies with factories in China.

Now, with the Olympic games just five months away, health officials are talking about the possible need to cancel or relocate the games because of coronavirus. The games are increasingly being seen as threat to stopping the threat of COV-19 (the new name for coronavirus) because Japan already has the second highest rate of COVID-19 infections after China. Health officials say that it could be 18 months before a vaccine is developed. By then, millions around the world could have the virus with hundreds of thousands dead.

Time reports that “the chill on visitor numbers across Asia already risk making the Games a subdued affair. Japan received 9.6 million visitors from China in 2019, accounting for a third of foreign tourist expenditure, but Chinese arrivals have virtually ceased since the outbreak. According to Japanese public broadcaster NHK, Tokyo 2020 organizing committee chief executive Toshiro Muto said on Feb.5 he was ‘extremely worried that the spread of the infectious disease could throw cold water on the momentum toward the Games.'”

Officials with the Olympics are not on board with the speculation about the games, which generate billions of dollars for the Olympic Committee. “We are not considering a cancelation or postponement of the Games—let me make that clear,” stated Yoshiro Mori of the committee.

Four days later, the city canceled the Tokyo Marathon due to take place on March 1 for all except elite runners. Dick Pound, a former Olympian swimmer and member of the International Olympic Committee, told TIME the organization was monitoring the situation closely but said no one was talking about relocation or cancelation with five months still to go. “If there’s a legitimate pandemic that is potentially a lot more lethal than normal illnesses of flu, that’s when you need to start thinking about it. But not at this stage.”

Cancelling the Olympics would saddle Japan with $25 billion in debt and more, cause a loss of prestige.