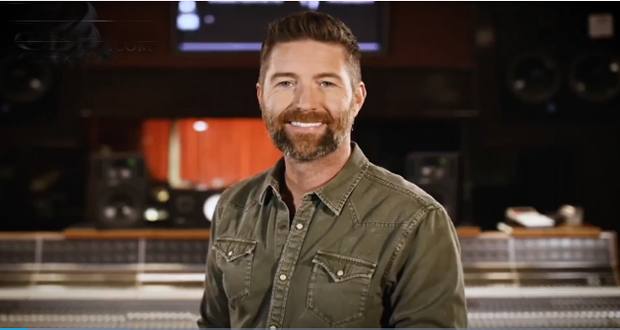 Nashville’s Music City is home to industry seasoned and sought-after recording studios – like Black Bird – the setting for a conversation with one of country music’s most recognized velvety-baritone voices – Josh Turner – whose recent and long-awaited first-released gospel album, I Serve a Savior, rekindles the message of time-treasured hymns.

Question: “What does a baritone voice bring that nothing else can?”

Josh Turner: “That’s a good question ‘cuz I’m on the other end of it (laugh)! People tell me how it’s calming, soothing, you know – authoritative, whatever. I also know I put a lot of people to sleep (laughs)!

Question: “That a good thing?!”

Josh Turner: “I don’t know if that’s a good thing or not! But I’ve heard from a lot of parents that my voice kind of puts their children to sleep and they’re very thankful for that.”

Question: “I Serve a Savior! How does that best describe Josh Turner?”

Josh Turner: “It’s who’ve I‘ve been for most of my life. The longer you’re in that relationship with the Lord, the more you learn about life and why we’re here, and I think this song in particular – I Serve a Savior – it’s explaining the definition of servitude, but it also explains our purpose as to why we were created, and that was to serve Him and to praise Him and to worship Him.”

Question: “A lot of people who follow your career are saying, ‘why would he need a rescuer.’ What does He mean to you?”

Josh Turner: “I’ve faced a lot of challenges in my life. And, you know, there’s been times where I literally, felt like giving up, you know – quitting on my career, whether it was health challenges, or financial or relational – it tested me to the max! And that’s when I feel as close as possible to our creator. But I think it’s just as important to stay close to the Lord during those good times, as it is in the bad.”

Question: “We get to see your wife and four sons in the album. What do you hear that we might miss?”

Josh Turner: “(Laughs) Beyond all the cuteness that everybody’s talking about, I think there’s actually a pretty deep message in this song – basically about the new earth, it’s about the new creation, you know when Jesus comes back and makes all things new. No other song, really, on this record covered that subject matter – about what we have to look forward to.”

Question: “These are hand-picked hymns. Time tested. Have we grown tone-deaf to the value of what those original writers wrote?”

Josh Turner: “I think so. I’ve always loved the hymns because of their depth.  They came from such a real inspired place that it’s kind of hard to ignore that! Especially lyrically – I feel like there’s a depth there that is unmatched. Popular forms of music…there’s a lack of depth – even in gospel music! I go to churches nowadays where we’re singing the same lines over and over and over again (laughs) – it kind of dumbs down what we think and what we believe!”

Question: “Josh, my intention isn’t to pin you in the corner here on this, but I’d love to know from you – because I think a lot of people hear it a lot – country music can be far more honest than Christian music?”

Josh Turner: “I was called to be a country singer years ago! My heart’s always been in country music and the Lord specifically called me into this industry, this occupation. Country music has always allowed me to sing about anything I want to sing about. No other genre always you to cover that much material! And it allows you to be a Christian. It allows you to sing about all kinds of different stuff! And at the heart of that is storytelling.”

Question: “The Psalms! They speak to us. As an artist how does it speak to you?”

Josh Turner: “That’s an interesting question. I actually just got through reading the Psalms. Just the jubilation that goes along with praising a God that meets our every need! And, it just still baffles me – certain denominations, they pick and choose what they want to do and when you read the Psalms there’s music, there’s making a joyful noise, there’s dancing, there’s falling flat down on your face, praying, fasting, you know, there’s all these different ways to cry out to Him! However we’re called to praise Him, worship Him, you, know, we’re to do that!”

Movie on MercyMe’s hit ‘I Can Only Imagine’ impacting China