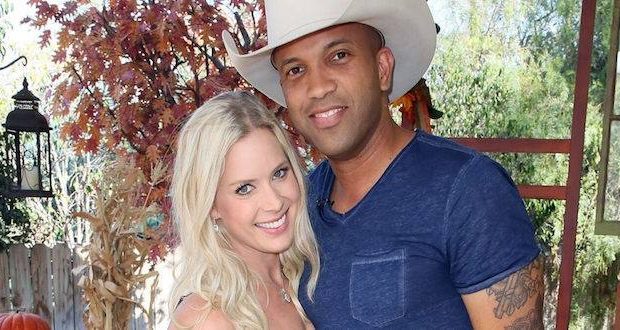 Criscilla Anderson, the wife of country singer Coffey Anderson, recently revealed that she has terminal colon cancer. The couple is trusting God despite the bad news.

“Life is not fair, but God is always good,” Coffey said in a Faithwire story. “I can also remember how my dad took care of my mom and how he was the one carrying her to the bathroom and washing her back. So now, I’m taking care of my wife.”

Last year, Criscilla began experiencing severe stomach pains. Busy looking after their. three children, she tried to ignore them. However, they soon got worse, and eventually, she ended up in the emergency room. At that point, doctors determined that she was suffering from colitis and prescribed antibiotics to clear up any infection.

The pain returned, and Criscilla underwent an exploratory procedure. That’s when doctors discovered an obstructive tumor. Not wishing to take any risks, her medical team decided to remove a large portion of her colon to try to catch the cancer before it spread. A small period of remission followed before the disease returned and began advancing aggressively through her body.

Country Singer Coffey Anderson and Wife Criscilla Open Up About Her Stage Four Colon Cancer Diagnosis — and What’s Next https://t.co/BKX7pUMIP9

Priscilla Anderson will begin three months of chemotherapy at City of Hope National Medical Center in California, as well as focus on dietary changes and working with a holistic doctor. Coffey and Criscilla, who met at church in 2008, said the trial has caused them to reflect on the power of their marriage vows.

“When you say that you will be there for each other through thick and thin and through sickness and health, you have to mean it,” Coffey said. “There are a lot of moments that you can never prepare for. I mean, I never thought I would be helping Criscilla brush her teeth or get to the bathroom in the middle of the night. But we are willing to do it for each other. Each of us is giving 100 percent.”

Previous: Will Congress finally hang up on Robocalls?
Next: C5Alive Christmas Luncheon to celebrate with music, games