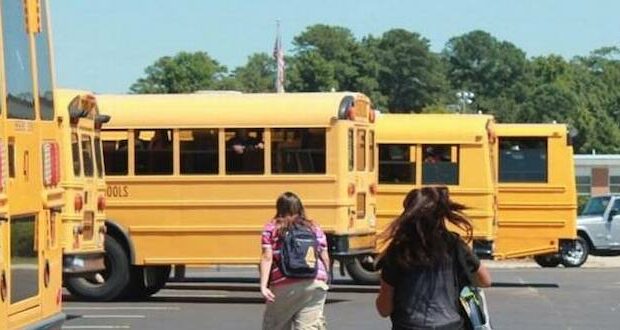 At a time when many school districts are implementing critical race theory, a North Carolina county is taking a different approach.

Johnston County, N.C., is insisting that its local school board institute a policy that would discipline or fire teachers if they assert that the American founders were not heroes, if they make statements undermining the Constitution or if they teach that racism is endemic in America.

The county’s board of commissioners is withholding $7.9 million in funding until the policy is accepted by the school board.

“No student or staff member shall be subjected to the notion that racism is a permanent component of American life,” according to a proposed revision to its code of ethics. “All people deserve full credit and recognition for their struggles and accomplishments throughout United States history. The United States foundational documents shall not be undermined. No employee of Johnston County Schools will make any attempt to discredit the efforts made by all people using foundational documents for reform.

“No fictional accounts or narratives shall be used to invalidate actual objective historical events. All people who contributed to American society will be recognized and presented as reformists, innovators and heroes to our culture. Failure to comply with this policy will result in disciplinary action up to and including dismissal.”

“Citizen Advocates for Accountable Government is pleased that the Johnston County Board of Education worked together to pass a policy to prohibit the implementing of divisive principles of critical race theory in the classroom,” founder Dale Lands said. “The approach used stands as an example of how diverse voices can work together for the betterment of the students in our public schools. While it doesn’t incorporate all of the problems of critical theory, it is an adequate start and a direct contrast to the National School Boards Association letter to President Biden seeking to criminalize concerned parents.”

The new policy comes as the Biden Justice Department issued a new policy to investigate parents who speak out at school board meetings across the country. Billed as a move to stop domestic terrorism, the policy is being criticized for attempting to speak out against CRT and other hot-button issues.