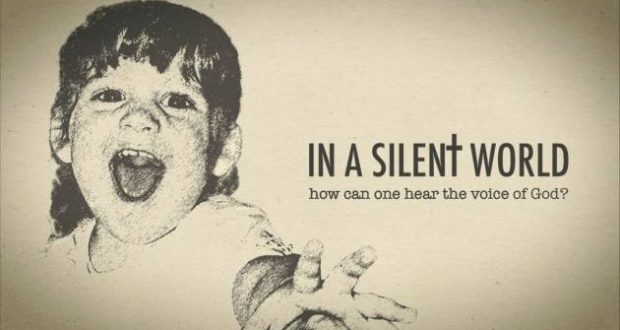 The documentary In a Silent World is now available on Amazon Prime Video.

The 90-minute film, by filmmaker Donald Boggs, chronicles the emotional journey of hearing parents, Marshall and Terry Lawrence, as they navigate an unknown culture to help their deaf daughter discover language, her own community, and life’s most important foundations for success.

David Paul Kirkpatrick, former President of Paramount Pictures and former Production President of Walt Disney Studios, said In a Silent World is “a surprising and inspiring look at one deaf girl’s impact on three generations. Despite her deafness, this young heroine becomes a ‘silent blessing’ to her parents, her teachers, her husband, her children, and to us. More than a documentary, this is a mesmerizing drama with a number of twists that I did not see coming. Utterly enthralling and poignant!”

While the film is about faith, love and persistence, the story also provides an important conversation about differences in the hearing and deaf cultures. The viewer comes face-to-face with surprising misconceptions about the Deaf community, a culture comprised of people who do not see themselves as disabled.

The Lawrence family wrestled with difficult decisions as they sought to empower Rachel. They faced ignorance and prejudice in their hearing world. Yet, they shattered stereotypes and helped Rachel succeed—ultimately finding blessings in the silence.

In a Silent World is the latest creation by producer/director Donald Boggs and Thaumastos Films. With more than 35 years of experience creating films, Boggs has received 3 multi-platinum, 17 platinum and 8 gold awards from the Recording Industry Association of American. He is known for A Ripple of Hope (2008), Digital_Man/Digital_World (2011), Rivers of Joy (1998) and Legacy: To the Least of These (2012).

“I came to this story, like some others I have told, because of a calling,” Boggs said. “The still, small voice of God whispered to me for almost four years. Because I have known the Lawrence family for 40 years, and have worked on films with the Deaf, I have seen a few of the challenges Deaf individuals face in the hearing world. I hope the film opens conversations that will lead to improvement in relationships between Deaf and hearing communities, and ultimately result in more opportunities for Deaf individuals.”

The film was produced in association with Deaf Missions, the fiscal sponsor.

Previous: Comcast wants to spy on your health
Next: Christian school recovers after vandals hit