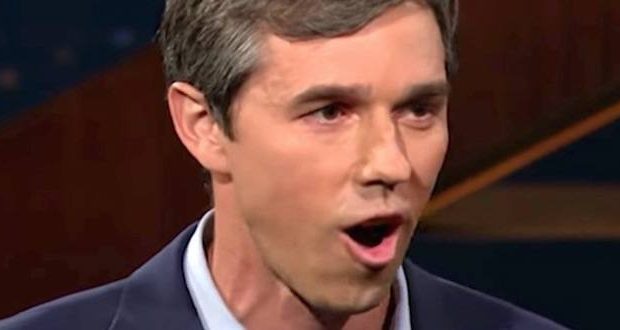 Churches that teach traditional biblical values may be breathing a sigh of relief that Robert Francis “Beto” O’Rourke is trailing badly in the Democratic presidential primaries.

He made headlines last week by pledging to take action against churches that don’t accept gay marriage. O’Rourke defended his LGBT platform during a CNN town hall, calling for religious institutions to lose their tax-exempt status on First Amendment grounds for opposing gay marriage.

“There can be no reward, no benefit, no tax break for anyone … that denies the full human rights and the full civil rights of every single one of us,” he told a cheering audience. “And so as president, we are going to make that a priority, and we are going to stop those who are infringing upon the human rights of our fellow Americans.”

Earlier during CNN’s “Equality in America” town hall, Democratic Senator Cory Booker was asked the same question and vowed “consequences” for religious institutions but did not say outright whether they would lose tax-exempt status.

National Review states that other candidates “have not yet echoed O’Rourke. But the crowd applauded. And his position has not come out of nowhere. President Obama’s solicitor general suggested to the Supreme Court that the tax exemption of religious colleges that oppose same-sex marriage might have to be revisited. Six of the presidential candidates, including leading contender Elizabeth Warren, have co-sponsored the “Equality Act,” which specifically states that religious believers could not invoke the Religious Freedom Restoration Act to ask to escape its new restrictions on private conduct. It would be the first congressional limitation of the religious-freedom law since it was enacted, nearly by acclamation, in 1993. Several of the candidates have also endorsed another piece of legislation that is specifically directed at shrinking the reach of that law.

The magazine states that if other Democrats are refraining from adopting O’Rourke’s stance, then, it is “for contingent reasons of prudence rather than lasting ones of principle. The contemporary Democratic party is a threat to the first freedom mentioned in the Constitution.”

President Donald Trump called O’Rourke a “wacko” in statements at a conservative conference over the weekend.

Speaking to religious conservatives at the annual Values Voter Summit in Washington, hosted by the Family Research Counsel, Trump prompted boos when he reminded the crowd that “just a few days ago a Democrat running for president proposed revoking the tax exempt status of many churches and religious groups. And you know why and you know who it is.

“He’s a wacko,” Trump said. “I will never allow the federal government to be used to target, harass or punish communities of faith.”

O’Rourke is no stranger to controversial positions. In September he vowed to revoke the National Rifle Association’s tax-exempt status, a move that came after he advocated for a ban of assault-style weapons and mandatory gun confiscation during a debate in the wake of mass shootings in El Paso, Texas and Dayton, Ohio.

“When we see that being used against children, and in Odessa, I met the mother of a 15-year-old girl who was shot by an AR-15 and that mother watched her bleed to death over the course of an hour because so many other people were shot by that AR-15 in Odessa, there weren’t enough ambulances to get to them in time,” O’Rourke said. “Hell, yes, we’re going to take your AR-15, your AK-47. We’re not going to allow it to be used against a fellow American anymore.”