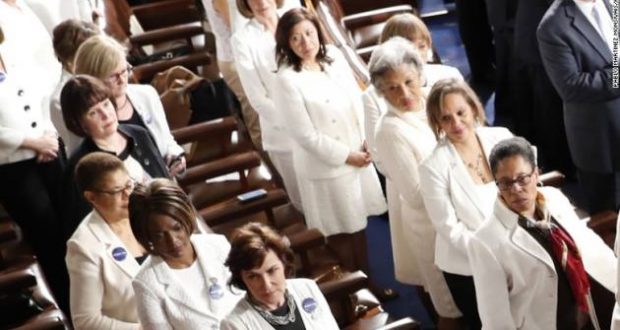 The Born-Alive Abortion Survivors Protection Act, which was sponsored by Sen. Ben Sasse (R-NE), failed to pass the Senate with a vote of 53-44. Sasse needed 60 votes to make it law.

The Act would require doctors to save the lives of children who are born alive after an abortion and treat them like any other patient in need of life-saving care.

“This bill amends the federal criminal code to require any health care practitioner who is present when a child is born alive following an abortion or attempted abortion to: (1) exercise the same degree of care as reasonably provided to any other child born alive at the same gestational age, and (2) ensure that such child is immediately admitted to a hospital,” the legislation says.

The legislation also says anyone “who commits an overt act that kills a child born alive is subject to criminal prosecution for murder” and allows the mother in question to “file a civil action for damages against an individual who violates this bill.”

All Democratic senators except three voted against the legislation. The three who did support their Republican colleagues are Bob Casey (D-PA), Joe Manchin (D- VA), and Doug Jones (D-AL).

Three Republican senators did not vote on the bill. They are: Kevin Cramer (R-ND), Lisa Murkowski (R-AK), and Tim Scott (R-SC). National Review‘s Alexandra DeSanctis reports that according to their communications directors, Cramer and Scott missed the vote due to flight delays.

During the floor debate, Democrats said the bill is an attack on women’s health.

“That is the actual intent of this bill, reducing access to safe abortion care would threaten the health of women in Hawaii,” Sen. Mazie Hirono argued (D-HI).

“This bill is just another line of attack in the ongoing war on women’s health,” said Sen. Jeanne Shaheen (D-NH).

Republican Sen. Joni Ernst (IA) argued the bill is not about limiting abortion, but saving the life of a child who survives abortion against all odds.

“Senators who could not bring themselves to vote to pass the Born-Alive Abortion Survivors Protection Act should reconsider whether or not they have what it takes to serve. Senator Sasse’s common sense bill would merely require doctors assist a newborn struggling to survive after a failed attempt on her life. Anyone who lacks the basic level of human compassion needed to vote in favor of this should quickly find another job. We look forward to a vote in the House of Representatives so that Chamber can get on record as well,” said Jeanne Mancini, president of March for Life.

The Family Research Council’s Tony Perkins argues this bill should not be a partisan issue.

“In a civilized society, there should brightly colored moral lines that neither party will cross. The killing of infants should be one of them. But Senate Democrats crossed that line today, putting every American on notice that there is no bridge too far, no policy too extreme. This should not be a partisan issue, but it is telling how extreme the Democrats have become that they even refuse to condemn infanticide.”

Monday night’s vote follows a series of shocking state measures around the country in which Democrats have removed all restrictions on abortion.

Meanwhile, Americans’ attitudes about abortion have taken a “dramatic shift” in recent weeks.

A new Marist poll commissioned by the Knights of Columbus found that Americans are now as likely to be pro-life (47%) as they are pro-choice (47%).

Last month, a similar Marist survey found that Americans were more likely to be pro-choice (55%) than pro-life (38%).