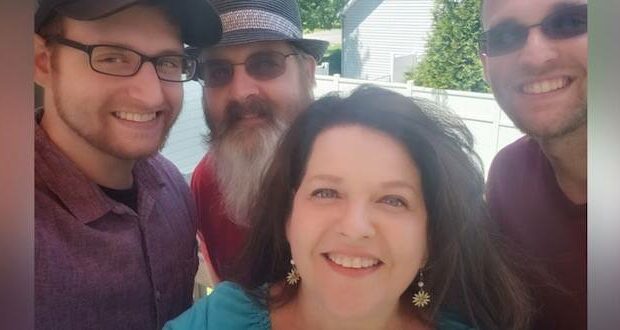 Dina and Jerry: learning from their darkest hour

After Dina Russell had an abortion, her boyfriend Jerry Davenport didn’t forsake the relationship. That was unusual for a young unmarried couple involved in a crisis pregnancy. In fact, couples like them typically break up to avoid a partner who reminds them of that traumatic experience.

Russell, 19 at the time, and Davenport kept dating and in fact, vowed to remain abstinent. The couple wed a year later in 1986 and celebrated their 35th-anniversary last year.

Dina never figured to be in such a compromising situation back in 1985.

“I grew up a good little church girl, but I let my guard down,” Dina recalls of her childhood in Murfreesboro, Tennessee. “I wasn’t promiscuous, I didn’t drink. I didn’t smoke, I didn’t do any of those things.”

Admittedly, however, Dina wasn’t where she needed to be in her relationship with the Lord. Soon after a moment of weakness, she discovered her pregnancy.

In an era of condemnation for sexual sin, Dina became dreadfully fearful. Her dad, Rod, led worship and chaired the deacon board of the Baptist church the family attended. Her mom, Brenda, taught Sunday School.

Dina rationalized that rather than bring shame on her family, she needed to abort the daughter growing within her. Jerry, although not a Christian at the time, told her he opposed her decision. He says he suffered from low self-esteem and a poor reputation in the community at the time.

“I saw the baby as someone who finally would accept me for who I am, and not judge me,” Jerry says.

Nevertheless, Jerry agreed to accompany Dina to an abortion facility and pay for the surgical procedure.

Afterward, Dina divulged her actions to her parents. They didn’t respond with wrath, as she suspected they might. In fact, her dad reassured her of his love.

“Holding his Bible aloft, he said, ‘Honey, if I can’t forgive you, I’d have to throw this Book away,” Dina remembers. He said, ‘I wish you had told us, we would have supported your pregnancy.’”

Despite the circumstances, Rod and Brenda didn’t ostracize Dina’s boyfriend. In fact, they invited Jerry, who didn’t have a religious background, to a church revival. At the altar after one of the evening services, Jerry accepted Jesus as Savior while praying with the evangelist and Rod, who now attends Family Worship Center in Murfreesboro with Brenda.

Still, the couple hadn’t resolved issues regarding how the abortion had impacted their lives. Periodically, Dina felt bombarded by guilt, shame, and hopelessness. Eventually, she confided in a female pastor, who helped her receive a measure of healing.

Jerry, meanwhile, stuffed his feelings deep inside. But the lack of resolution led to troubles such as nightmares — from the screams he heard at the abortion facility. He didn’t begin to heal until years later, while in the Naval Reserves during Operation Desert Storm. He felt a breakthrough at an Assemblies of God church service in Spain.

The couple’s pastor encouraged Dina to share her story publicly in 2007. She knew she first must divulge the secret to the couple’s two teenage sons. Dina and Jerry wanted to tell them anyway, so they wouldn’t repeat the mistake their parents made.

Justin, 15 at the time, cried at the news, and told his parents he appreciated their honesty. Logan, then 13, felt angry; but at an AG youth camp that summer he heard a message on forgiveness and no longer resented his parents.

In 2016, while attending Crossroads Antioch, a church founded by Jack and Sheila Harper, the Davenports began helping others traumatized by abortion. Sheila is the founder of SaveOne an abortion recovery ministry. Jack serves men’s director of the ministry and helped Jerry find complete freedom through the SaveOne study.

Today, Dina is a SaveOne chapter leader in Tennessee, facilitating classes, often in church settings. Also, since the onset of COVID-19, she has been counseling individuals online.

“I’m grateful for the forgiveness of the Lord, forgiveness by my parents, and forgiveness by my husband,” says Dina, who also works as an artist and calligrapher. “It could have gone badly so many different ways. Abortion was not part of my plan, but God has turned it around so I’m able to help other women through this and see their lives transformed.”

“Men tend to push their abortion experience down and compartmentalize it,” Jerry says. “They shove it off to one side and hope it doesn’t come up again, but it will. Men need healing just as much as women do.”