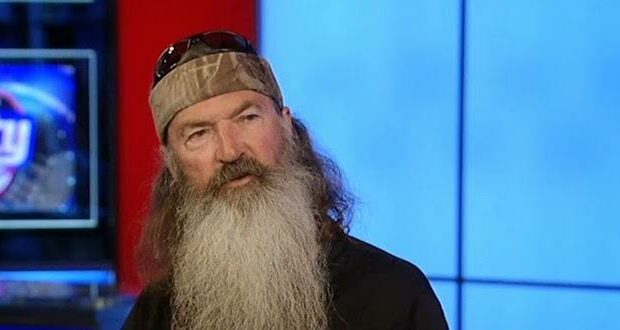 Phil Robertson, the star of “Duck Dynasty,” understands the dangers of cancel culture from his own experience.

Robertson, who released his new book, “Uncanceled: Finding Meaning and Peace in a Culture of Accusations, Shame, and Condemnation,” this week, told Fox News Digital about the backlash he received for mentioning that homosexuality is a sin during a 2013 interview with “GQ Magazine.”

At the time, the magazine asked Robertson what he considered to be sinful. In response, the 75-year-old said, “Start with homosexual behavior and just morph out from there. Bestiality, sleeping around with this woman and that woman and that woman, and those men.”

Robertson also shared a paraphrased version of 1 Corinthians 6:9, saying, “Don’t be deceived. Neither the adulterers, the idolaters, the male prostitutes, the homosexual offenders, the greedy, the drunkards, the slanderers, the swindlers — they won’t inherit the kingdom of God.’ Don’t deceive yourself. It’s not right.”

Robertson a victim of cancel culture

Following the interview, A&E indefinitely suspended Robertson from his reality television show. The network later would reinstate him following a wave of support, including 1.5 million likes on a Facebook page calling for the show’s boycott until Robertson’s suspension was lifted.

Robertson holds no hard feelings toward the network and those who canceled him. He also told Fox News Digital that he did not regret doing the interview.

“No regrets at all — none,” he said. “I just went on. I never called A&E and said, ‘What are you doing?’ I never said a word when they came to visit me about 10 days after this all went down. I said, ‘Guys, did y’all ever hear from me with some kind of irate phone call? ‘Cause you were firing me?’ They said, ‘Mr. Robertson, you never said a word.’”

Robertson said his faith has remained a constant presence in his life, even through tough times.

“The Apostle Paul told Timothy that whoever lives a godly life in Christ will be persecuted,” he said. “So we take persecution as a badge of honor. It doesn’t bother us at all. We just take it in and say, ‘I don’t hold it against anyone.’ Instead, we focus on telling others about Jesus and keep moving.”