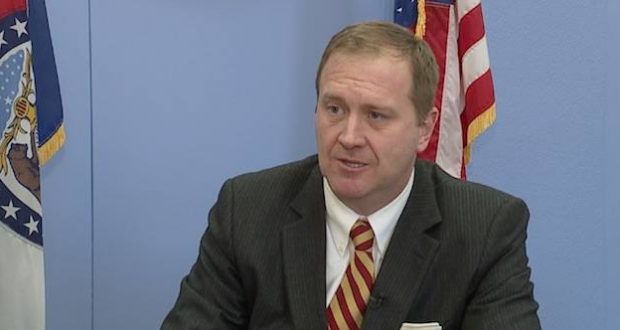 Missouri’s Attorney General Eric Schmitt is taking on the communist government of China over their misleading the world on the Covid virus.

In an interview with the Epoch Times, Schmitt says the lawsuit is showing success.

“We’ve sued the People’s Republic of China, that is a process where you have to go through to serve the state, through the Hague Convention, which they objected to, it’s taken us a while to get service. Same on the non-government actors, like the Wuhan lab, and so we’re getting to a place finally now, we’ve got service,” Schmitt told host of Facts Matter, Roman Balmakov in a recent interview.

Missouri was one of the first states to file a lawsuit against communist China and the Wuhan Institute of Virology (WIV) for their alleged cover-up of the pandemic. It is taking a long time but he said his state will continue the effort to get accountability from the CCP.

“And that is what we’re going to do once we get a judgment here. So, we’re not letting up. It’s just taken a while to make its way through the courts when a state like Missouri is suing the People’s Republic of China. It’s not like serving the florist down the street, you know, it’s a different animal,” Schmitt said.

“We filed the lawsuit and here’s what we allege, that they cover this up. They sat on the information, you know, they knew about the human-to-human transmission in November, December didn’t tell the world about it until the end of January.”

Schmitt said they took steps early on to limit domestic flights and hoard PPE and import a massive amount before sharing the virus threat level and at the same time, they did not limit international flights.

“So, the Chinese Communist Party which of course runs the People’s Republic of China is directly responsible for the proliferation of this virus across the world, you know, killing people and upending the economy.”

At the start of the outbreak, U.S. national security advisor Robert O’Brien thought the CCP’s lying about the severity of the virus, cost the world two months.

“It originated in Wuhan in Hubei Province in China; it originated some time ago,” O’Brien said in March 2020 during an event at the Heritage Foundation in Washington.

“Unfortunately, rather than using best practices, this outbreak in Wuhan was covered up. There’s lots of open-source reporting from China, from Chinese nationals, that the doctors involved were either silenced or put in isolation or that sort of thing, so that word of this virus could not get out.”

Schmitt said both the CCP and the WIV have been served with the lawsuit and there waiting for a response.

“We had a court filing just last week with the judge to explain why everything has been completed, and we look forward to having those judgments entered so we can move forward with collecting on it,” Schmidt says noting that China has threatened him with sanctions.

“I don’t care. I don’t care because China is a huge threat on the world stage as we’re seeing and what they did with the coronavirus, they need to be held to account on that.”

Previous: “Duck Dynasty” star warns about dangers of cancel culture
Next: Sen. Josh Hawley calls for Canada to be listed as religious liberty violator for imprisonment of pastor