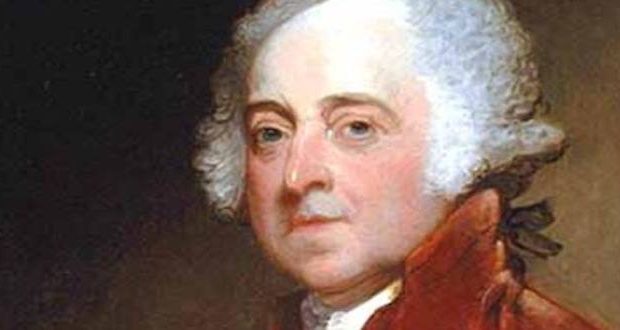 John Adams, the mind of the American Revolution.

It was with more than adequate reason that Founding Father Richard Stockton referred to John Adams as “the Atlas of American Independence.” Adams did indeed bear a heavy burden as one of the titans shaping and supporting the world-shaking events that led to freedom and independence for what would become the United States of America.

Renowned for the power of his intellect and the quality of his writing, Adams has also been labeled by many historians as the mind of the Revolution. Summing up the important role Adams played in the formation of our republic, author Bradley Thompson wrote, “Adams witnessed the American Revolution from beginning to end: In 1761 he assisted James Otis in defending Boston merchants against enforcement of Britain’s Sugar Act. Gradually, Adams became a key leader of the radical political movement in Boston and one of the earliest and most principled voices for independence in the First Continental Congress. He was prominent in producing some of the most important and influential essays, constitutions, and treatises of the Revolutionary period. John Adams earned the title mind of the American Revolution.”

READ: PART ONE OF OUR SERIES

Recognized by his colleagues as a man of extraordinary integrity, Adams was one of five men chosen to draft The Declaration of Independence along with Thomas Jefferson, Benjamin Franklin, Roger Sherman, and Robert R. Livingston. It was Adams who insisted that Jefferson produce the original draft.

While Adams supported the growing resistance to the British government in the early 1770s, he generally was in favor of reconciliation with Britain. That changed in December 1773 following the Boston Tea Party; from that point on, Adams was staunchly committed to the cause of American independence.

As a member of the Second Continental Congress that convened in Philadelphia May 10,1775, Adams and others advocated mobilizing for war and to establish an official confederation of colonies. The Continental Army was established by that Congress and George Washington was chosen to be its commanding general. As evidence of the esteem with which he was held by his contemporaries, Adams was named by Congress to be chairman of the Board of War and Ordnance, the committee responsible for conducting the Revolutionary War.

When Washington decided not to run for a third term in 1796, Adams, Thomas Jefferson, Aaron Burr, and Thomas Pinckney each declared their candidacy. Adams won the largest number of electoral votes to became the second President of the United States. Jefferson became Vice President, the only time in U.S. history when a president and vice president came from opposing political parties.

Adams was inaugurated March 4, 1797, in Philadelphia before the nation’s capital was moved to Washington, D.C. in November, 1800, even though work on the White House was not yet completed. The day after his arrival at the White House, he wrote a letter to his wife Abigail in which he included the following prayer: “I Pray Heaven to bestow THE BEST OF BLESSINGS ON This House and All that shall hereafter Inhabit it, May no one but Honest and Wise Men ever rule under This Roof.”

After Adams lost the election of 1800 to Jefferson, the two Founding Fathers became alienated, an unfortunate situation that lasted until 1812 when they began a correspondence that has been recognized as one that is “unquestionably the most impressive in the history of American letters.” Both men died July 4, 1826, within hours of each other.

Evidence of Adams’ strong belief in the importance of the Christian religion and Biblical principles as the foundation upon which the United States society rests appears frequently in his writings. An entry in his Diary dated July 26, 1796, said, “The Christian religion is, above all the Religions that ever prevailed or existed in ancient or modern Times, the Religion of Wisdom, Virtue, Equity, and humanity, let the Blackguard [Thomas] Payne say what he will; it is Resignation to God, it is Goodness itself to Man.”            On another occasion, Adams made this profound statement: “Suppose a nation in some distant region should take the Bible for their only law book and every member should regulate his conduct by the precepts there exhibited…What a Eutopia, what a Paradise would this region be.”

John Adams was born October 19, 1735 in Quincy (formerly Braintree), Massachusetts, where he received his primary and secondary schooling. Entering Harvard at the age of 16, he graduated in 1755. Adams began his law practice in Braintree before moving on to Boston where he became acquainted with men of standing and influence with whom he would later be heavily engaged in the movement leading to independence. During those years leading up to the Revolutionary War, Adams had established himself as one of the Colonies most respected constitutional scholars.

As was true of the vast majority of those known as Founding Fathers, Adams left no doubt of his Christian beliefs. In a letter to Thomas Jefferson after the death of Abigail, he said, “That you and I shall meet in a better world I have no doubt than we now exist on the same globe; if my reason did not convince me of this, Cicero’s Dream of Scipio, and his Essay on Friendship and Old Age would have been sufficient for that purpose. But Jesus taught us that a future state is a social state, when He promised to prepare places in His Father’s house of many mansions, for His disciples.”

John Adams unquestionably considered himself one of Jesus’ disciples.

–Bob Gingrich is a Kansas City author, historian on the founding of our nation and Metro Voice Contributor.

You can support Metro Voice because we’re an Amazon Affiliate. Learn more about Mr. Gingrich’s book on America’s heritage, other books and resources you might enjoy below:

Previous: Tips for managing caregiver boredom
Next: Getting the taxman out of your retirement — Part 1