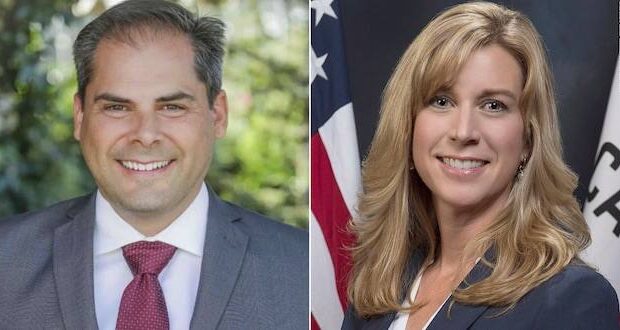 In an election that pundits say could foretell the November elections, Republican Mike Garcia has won back a Congressional seat last held by a Republican in 1998. Democrat Christy Smith was defeated in the special election for the U.S. House seat left vacant when former California Democratic Rep. Katie Hill resigned.

Garcia jumped to a significant early lead Tuesday night over Smith in California’s 25th district, the California secretary of state’s office said. It put Garcia’s share of the vote at 56 percent to 44 percent for Smith. That’s almost double the margin of victory that Smith won in 2018.

PLEASE HELP: Donate now to help us publish more news like this

The victory for Republicans comes as a major CNN poll was released Monday showing President Trump leading in all 15 swing states over former Vice President Joe Biden. The poll has rattled Democrats who had assumed the pandemic and economic collapse would have been enough to sour Americans on the President’s chances of re-election.

Garcia, a businessman and Navy veteran who has never before held political office, was endorsed by President Donald Trump, while Smith, a state assembly member, had been endorsed by a number of prominent Democrats, including former President Barack Obama and former Democratic presidential nominee Hillary Clinton.

The special election results determine who serves out the remainder of what would have been Hill’s first term in office. But there will be a rematch because Smith and Garcia are still running as candidates for a November general election to decide who holds the seat in the next session of Congress. Republicans are bolstered in their confidence that Garcia will easily win the seat in the General Election and hope that Republicans will also regain the Congressional seats lost in 2018 when Democrats used a technique called “ballot harvesting”. In those elections, many counties saw more Democrat votes than registered voters raising concerns of voter fraud.

“After seeing more results last night, it is clear that our message of lower taxes and ensuring we don’t take liberal Sacramento dysfunction to Washington prevailed,” Garcia, 44, said in a statement Wednesday.

Garcia’s “big congressional win” was heralded by Trump in a tweet Wednesday morning in which he noted it was the first time in many years (since 1998) that Republicans had flipped a Democratic congressional seat in California, a Democratic stronghold.

Big Congressional win in California for Mike Garcia, taking back a seat from the Democrats. This is the first time in many years that a California Dem seat has flipped back to a Republican. Also, Tom Tiffany beat his Democrat rival BIG in Wisconsin. Two great Congressional WINS!

The result marked a setback for Democrats coming so soon after Hill had grabbed the long-time Republican suburban turf by nearly 9 percentage points in 2018.

The district has more Democrats than Republicans but the special election turnout seemed to be Republican-leaning, “which may not be the case in the fall,” said Kyle Kondik, managing editor of Sabato’s Crystal Ball, a newsletter on campaigns.