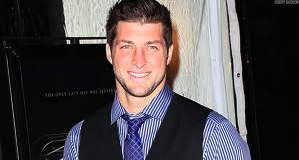 (WNS)–Tim Tebow is back in footballâ€”but he’ll be behind a mic instead of under center. The former pro and college quarterback will be an analyst for the SEC Network, a new collaboration between ESPN and the Southeastern Conference that launches next August. 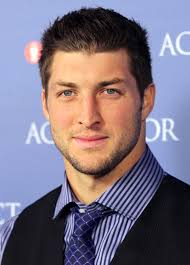 Tim Tebow, the Christian the media loves to hate, will now have an even larger national audience.

“Tim is an SEC icon with a national fan base and broad appeal,” saidÂ Justin Connolly, ESPN senior vice president ofÂ programming for its college networks. “Tim brings a wealth of knowledge about the game, the conference,Â and the passion amongÂ SEC fans.”

Tebow will appear on SEC Nation, the new network’s traveling pregame show that will make its way to a different SEC campus each week next fall.

During his playing career at the University of Florida (2006-09), Tebow played on teams that won two SEC championships and two national championships. Th

Drafted by the NFL’s Denver Broncos in 2010, Tebow played a major role in the team’s playoff run during the 2011 season. Traded to the New York Jets in the off-season, he saw little action in 2012 and was released in early 2013. Last summer Tebow was picked up by the New England Patriots but was cut before the regular season began.

According to ESPN, his new gig with the SEC Network will not get in his way should another NFL team come calling.

“Tebow’s role with ESPN will not preclude him from continuing to pursue playing opportunities in the NFL,” ESPN said in a statement.

“While I continue to pursue my dream of playing quarterback in the NFL, this is an amazing opportunity to be part of the unparalleled passion of college football and the SEC,” he said.

Tebow’s other passion is his faith, and the son of Baptist missionaries has not been shy in expressing his beliefs publicly, including appearing with his mother in a pro-life Super Bowl commercial sponsored by Focus on the Family in 2010. (When ill and pregnant with Tebow, his mother went against the advice of doctors to abort him.) Earlier this year, Fox Sports took issue with another college

football analyst’s biblical position on a hot-button topic, marriage, firing Craig James after just one appearance on Fox Sports Southwest. James’ remarks about same-sex marriage were not made on the air but were expressed during his unsuccessful bid for the U.S. Senate in 2012.

Tebow made his broadcast debut next Jan. 6on ESPN’s lead-up coverage of the BCS National Championship game between Auburn and Florida State.

Previous: A Good Name: Witness Protection or Authenticity
Next: The New Year and Charitable Giving Strategies