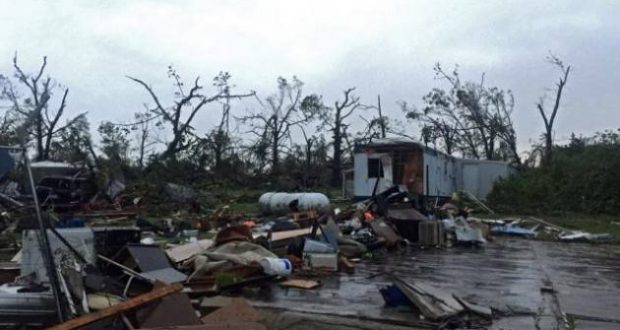 A handout photo made available by the Missouri State Emergency Management Agency shows damage after large storms with tornados moved across the state overnight, in Jefferson City, Mo., May 23, 2019.

The National Weather Service (NWS) in St. Louis says the Wednesday night tornado that struck Jefferson City appears to be an EF-3 but eye witness accounts could raise that category.

NWS St. Louis meteorologist Melissa Mainhart says their preliminary damage survey indicates it was an EF-3 tornado with an estimated peak wind of 160 miles per hour. The finding comes without any witness being interviewed.

She’s encouraging anyone who witnessed the overnight tornado to call their spotter phone number at (636) 447-1759.

Missouri Governor Mike Parson took an aerial tour of the Capital City this morning, to view the devastation.

The tornado has caused massive damage near Highway 54, including a Best Western, Burger King, Riley Toyota and Riley Chevrolet, the Special Olympics training facility and an apartment complex.