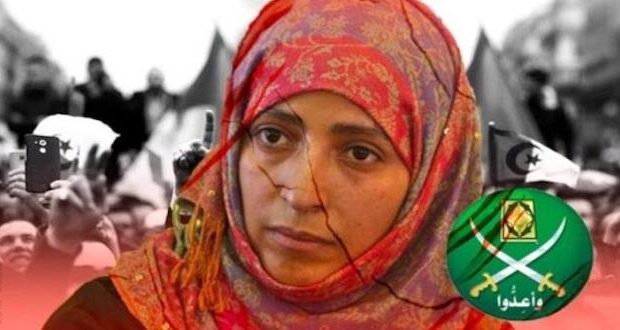 LONDON – The name of Muslim Brotherhood-affiliated Yemeni Nobel Prize winner Tawakkol Karman stood out as an odd addition to the oversight board of Facebook.

Facebook said it selected the four co-chairs who in turn helped choose the rest of the 16 members.

“The Oversight Board is an external body that members of our community can appeal to on some of the most significant and challenging content decisions we face,” announced Facebook.

The social media company pointed out that it expected the members “to make some decisions that we, at Facebook, will not always agree with — but that’s the point: they are truly autonomous in their exercise of independent judgement.”

Brent Harris, Facebook’s director of public policy, said the company “will implement the board’s decisions unless doing so violates the law.” Over the next few months, the body expects to grow to around 40 total members.

Radicalization experts believe that by choosing Karman for the influential role, Facebook failed to recognise the link between the Muslim Brotherhood’s ideological advocacy and extremist activity.

A number of countries in the region have branded the Brotherhood a terrorist organization. The terrorist links of the organisation are under investigation in several Western nations. A number of al-Qaeda leaders have initially been active with the Muslim Brotherhood.

Facebook has repeatedly come under fire for failing to adequately address the proliferation of extremist ideologies on its platform. After being assailed by critics, including European legislators, Facebook declared last year its intent to update its policy on “combating hate and extremism.”

But ironically, a clarification it issued last September seemed to discount the link between terrorism and extremist ideology.

“We are always looking to see where we can improve and refine our approach and we recently updated how we define terrorist organisations in consultation with counterterrorism, international humanitarian law, freedom of speech, human rights and law enforcement experts,” Facebook said. “The updated definition still focuses on the behavior, not ideology, of groups.”

When Karman won the 2011 Nobel Peace prize for her “role in Arab spring protests,” the Muslim Brotherhood’s website, Ikhwanweb, released a statement on Twitter identifying her as a “Yemeni Muslim Brotherhood member,” sparking widespread speculation and criticism about her connection to the group.

Despite tactical disagreements about alliances in Yemen’s war, Karman is a leading figure of  Yemen’s Islah Party, a Muslim Brotherhood affiliate.

Karman has repeatedly defended the Muslim Brotherhood, even describing the group as “one of the victims of official tyranny and terrorism in the region, which Trump gives his supports and assistance.” She has said she believes the movement’s role in the region will “necessarily” grow in the future.

Many social media users in the Middle East and North Africa region reacted to Facebook’s selection of Karmancwith confusion and derision as the Yemeni writer is more known for her Islamist activism and divisive stances than for public service commitment.

According to experts, Facebook is mainly driven by a desire to influence politicians and decision makers in the West so as to avoid regulatory restrictions that could impact its revenue.

“Rather than dictating to public officials on how to keep the public safe, Zuckerberg and his company should instead halt their lobbying efforts and focus on keeping extremist and terrorist content off their platforms,” he said.

The choice of Karman to Facebook’s advisory board will add to suspicions about the social media body’s political leanings and is unlikely to enhance the company’s credibility in the Arab world, experts say.

Previous: ‘Completely dishonest editing’: White House says of NBC video clip
Next: Why reopening churches after COVID-19 will be hard