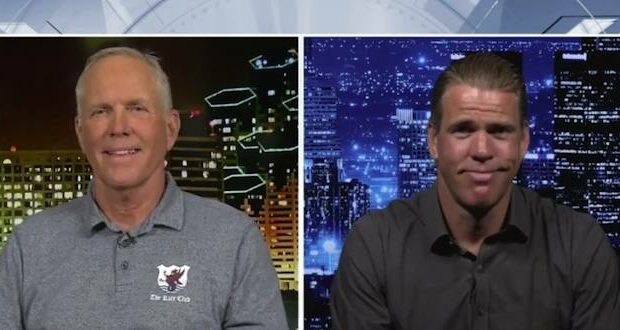 Plans to rebrand the U.S. flag logo for the upcoming Olympic and Paralympic games are not going over well with a pair of father and son former Olympians.

“The greatest honor of my life was in Montreal in 1976 when I was selected to carry the American flag for the U.S. Olympic team leading into Montreal Stadium,” Gary Hall Sr. told Sean Hannity. “And the American flag is iconic. It doesn’t just represent the greatest country in the world. It represents and symbolizes millions of Americans who have worked hard, who have sacrificed, some of them with their own lives.”

Hall, a three-time Olympian who held 10 world swimming records and was named World Swimmer of the Year in 1969 and 1970, appeared in the 1968 Mexico City, 1972 Munich and 1976 Montreal Olympiads. He is a silver medal holder. Hall shared how his nephew, a Navy SEAL, gave his life for his country five years ago in Iraq. 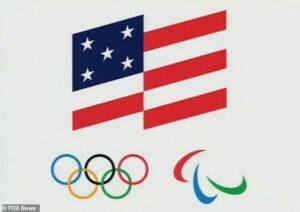 “That American flag means so much,” he said. “No one has the right to change that other than U.S. Congress. And to me, it’s disrespectful to even consider changing the American flag.”

His son, a three-time Olympic swimmer and gold medalist, Gary Hall Jr., said representing the U.S. in the Olympics is the greatest honor as an athlete. Changing the stars and stripes should be out of the question, he said.

“Does the American flag, Old Glory, need rebranding?” he asked. “The answer to that is no. Next question. The concern that I have, what irritates me out of this whole thing is that there’s some marketing, branding firm out there that has already been paid a lot of money for the drafts even and these resources [to design the new logo].”

This week singer Macy Gray called for the U.S. flag to be ditched and replaced with a  more inclusive one.

The Grammy-winning singer called the U.S. flag “tattered, dated, divisive, and incorrect,” adding that it “no longer represents ALL of us.”

“The American flag has been hijacked as code for a specific belief … [and] it’s not fair to be forced to honor it. It’s time for a new flag,” she wrote in an op-ed, citing the waving of U.S. flags by several people who stormed Capitol Hill on Jan. 6 to protest the certification of President Joe Biden’s victory as evidence that the flag “no longer represents democracy and freedom.”

“I was on Long Island this weekend visiting a really dear friend, and I was really disturbed. I saw, you know, dozens and dozens of pickup trucks with explicatives against Joe Biden on the back of them, Trump flags, and, in some cases, just dozens of American flags, which is also just disturbing. … Essentially, the message was clear. … ‘This is my country. This is not your country. I own this,'” she said.