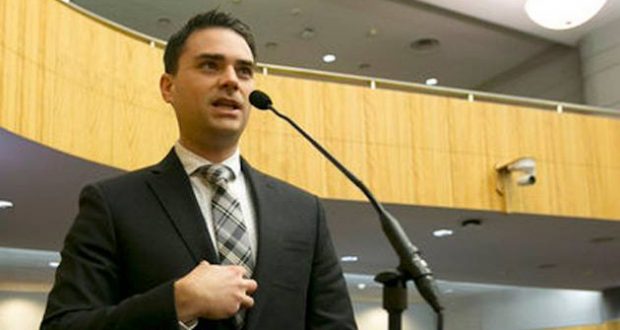 The FBI has arrested a man in Washington State for allegedly making death threats against Ben Shapiro, a hugely popular millennial conservative commentator and editor, according to TMZ.

TMZ was told that the suspect had allegedly made “extremely serious” threats against Shapiro and his family. Shapiro later confirmed the general situation by tweeting a link to the story.

The suspect is in custody in Seattle and is expected to be arraigned today at 2pm Pacific Time.

“Thanks to local and federal law enforcement for their quick and hard work here,” Shapiro wrote in a Twitter post. “Stay safe out there, everyone!”

The Los Angeles Police Department (LAPD) Media Relations Officer Jeff Lee told CBSLA that Shapiro had filed a report with them, and the LAPD transferred the case to the FBI. The FBI later arrested the suspect.

Ben Shapiro, 35, is the editor-in-chief for the conservative news site The Daily Wire, which he founded. He also hosts “The Ben Shapiro Show,” a daily political podcast and radio program. Shapiro is a graduate of UCLA and Harvard Law School. Between 2012 and 2016, he was an editor-at-large of Breitbart News. Shapiro is an Orthodox Jew. He has written at least 10 books, the latest being No. 1 New York Times best-seller “The Right Side Of History.”

A video clip of Shapiro’s comments on “The Ben Shapiro Show” on April 29 recently went viral on Twitter when he said that Democratic Congresswoman Ilhan Omar has “a lot of the same opinions about Jews that the white supremacist had in that manifesto.”

By “white supremacist,” Shapiro was referring to the shooter who killed a woman and injured several others in an attack at the San Diego-area synagogue on April 27, in what President Donald Trump said “looked like a hate crime.”

Shapiro was referencing a 2012 tweet from Omar where she had accused Israel of “hypnotizing the world.” Omar has since apologized for the tweet.

Previous: Muslim Fulani herdsmen massacre Christians after baby dedication in Nigeria
Next: Today is the National Day of Prayer