Home / News / Columns / Ferguson: Getting to We 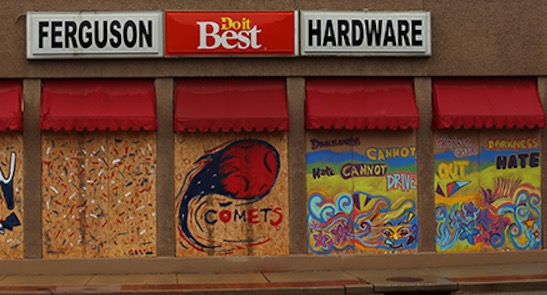 Ferguson: Getting to We

When I heard about the cowardly opportunist who shot two police officers a few days ago, I dropped my head in sadness and prayed. Convinced this was an act of evil and bloodlust, I refrained from labeling officers or protestors as provocateurs. As of this writing, the police have a suspect, Jeffrey Williams. According to sources close to the case, Williams stated he did fire the weapon, but was not firing at police officers. This claim is regarded as a dubious by authorities, and in my view, skepticism is warranted. These are trying times in regards to race relations in the world today, but trying times call for a Christian perspective. 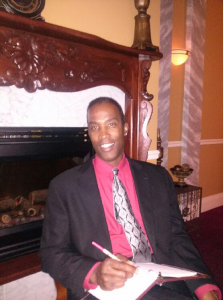 What troubles me most about Ferguson is not simply what the world is saying and the venom spewed from both sides of the issue, what’s alarming is how Christians have gotten caught up in the debate. We have allowed our judgment to be clouded by our perceptions, rather than clarified by the Spirit. James 1:20 (in the New Living Translation) reveals an axiom that has long haunted me: “Human anger does not produce the righteousness God desires.”

In a day an age when the church desperately needs to move away from “us versus them” and get to we, polarization has set in. Violent events seem to force us to choose between color and the Spirit of God. I’m not cool with this. Frankly, I’m angry about it, but I know anger does not secure righteous results. I know if we seek wisdom, love and God’s power, we can be effective voices. With that said, let us diagnose Ferguson, and see it as a case study of how cancerous trust deficits infect communities.

Recently the Department of Justice concluded its investigation and found that there was a systemic pattern of widespread civil rights violations in regards to the First, Fourth and Fourteenth Amendments. They also ruled that Darren Wilson should not be charged with violating Michael Brown’s Civil Rights. I can accept these findings; many can’t. Some see the investigation as politically motivated by a left leaning administration and others see sheer cowardice in regards to Wilson not being charged. What I know — from all of my years as a consultant in law enforcement and national security — the findings of these setting events did not surprise anyone. It begs the question of how many Fergusons are in this country, secondly it raises the question do we really want to find out.

Listen folks, there will be no quick easy solution to race relations because it requires a commitment to mutuality and reciprocity.

Listen folks, there will be no quick easy solution to race relations because it requires a commitment to mutuality and reciprocity. Christ told us that we would be distinctive in the world and that we would be known by our love for each other. That means it would a tangible, visible fact in Christian relationships. Sadly it is imperceptible in many places.

Here are some of the things I’ve heard Black Christians say about White believers:

“They are a part of the cover up! They shoot us and call it justice served.”

“The problem with white people is they think they are always right and we just whine and complain all the time.”

“They are praying for a white officer who lost a fist fight. Are they praying for Brown’s family too?”

My white brother’s have spoken some of these things in conversations:

“I don’t mean to offend you Hakim, but there are no black role models on TV or radio.”

“If they would just take care of their own kids, we would not have a race issue.”

“Where are the black ministers”?

“The first black president was a failure, so that experiment failed. What’s next for black America?”

These are divisive, judgmental statements of frustration. That’s how I see them, but do they seek a resolution. My question for the readers of this column is this; will you break bread with someone of another ethnicity with a different view if they say they belong to Christ? Will you continue to label people who disagree with you as unworthy of your time? I’m a black man who married a bwhite woman and raised three white stepchildren. Racism is not welcomed in my home from anyone! I remain concerned and angry about how we are being high jacked by political populists and it’s a perilous path folks. I am your brother and you are mine, because God has made it so. God is for us all. When we talk, let us ask, what are we going to do?

—-Metro Voice Contributor Hakim Hazim is the founder of Relevant Now and Cofounder of Freedom Squared. He is a nationally recognized expert in decision analysis, criminality and security.