A first-of-its-kind audio Bible app is available to download on devices across the country, including for women inmates in state prisons.

Courage for Life has worked to develop the first female-narrated New Living Translation audio Bible and the goal is to help at-risk women and girls heal from trauma and abuse. 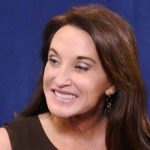 “There is comfort in hearing your mother, best friend or grandmother tell you a story,” Ann White, founder of Courage for Life, said. “In the same way, the Courage for Life all-female narrated Bible delivers God’s word in a comforting, friendly voice.”

With varying ranges of literacy rates among the at-risk women population, both inside and outside of prisons, the Bible is very needed.

“We began to see the women break down and really transform and become transparent about some of the scars they had that they needed to get over, dealing with grace and forgiveness and so forth,” White said. “We saw a transformation there that was really surprising.”

Courage for Life has already partnered with two state prison systems to make the women’s audio Bible available on all prison-provided tablets.

“Women in jail are the fastest growing correctional population in the country,” White said. “Not only that, but domestic violence is the leading cause of homelessness among women and children.”

“We want to fill a void in the women’s recovery space and reach as many women in crisis as possible with the encouragement, inspiration and hope that they can find in God’s Word—without ever turning a page.”

White also takes her book, “Courage for Life,” and associated materials into prisons, and the results she’s seeing are phenomenal.

“Many of these inmates have such deep scars that it’s really impacted their decision-making process,” she said, noting that some don’t believe God loves them.

It’s her goal to show them that there is a loving Creator who deeply cares for them, as she seeks to see that message transform them.

But the app isn’t just for incarcerated women.

The app is being used by women in all walks of life including many “at-risk” women – particularly those escaping from abusive situations. These women are unable to carry print Bibles or Bible study resources. In fact, many were living in shelters or out of a car and some only had the clothes on their backs.

Previous: Biden announces his own expensive ‘green new deal’ on the climate
Next: Anxiety: Can we beat it?