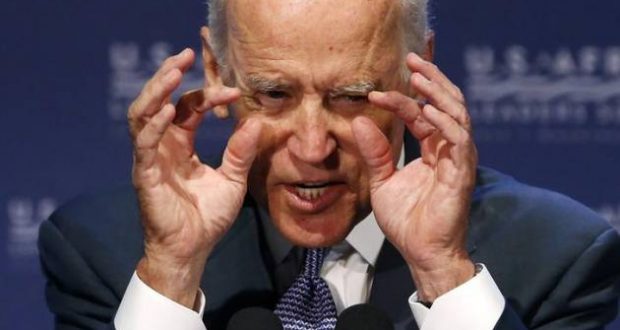 Biden announces his own expensive ‘green new deal’ on the climate

Former Vice President Joe Biden has announced a very expensive proposal to alter the world’s climate and will ask the American people to pay for it. The plan would reportedly cost more than $5 trillion and would seek to see the U.S. with a net zero carbon emissions by 2050–something scientists have said is impossible, and not necessary.

While the overall plan costs in excess of $5 trillion, Biden’s proposal calls for just $1.7 trillion in federal spending. The AP reports that the roughly $4 trillion remained would need to come from “investments” from the private sector. That would be more money than all the investments in technology by all companies combines over the last 100 years.

Rumors swirled for weeks regarding Biden’s climate plan, with one Reuters report calling it a “middle ground” approach. Biden’s plan, while less expensive and with a longer timeline than the Green New Deal, will have a tough sell with the Democrats’ far-left wing.

The report even prompted liberal Rep. Alexandria Ocasio-Cortez (D-NY) to blast Biden on Twitter. “There is no ‘middle ground’ w/climate denial & delay,” she wrote.

The 76-year-old Biden responded to the criticism by telling reporters Ocasio-Cortez should review his record. “I’ve never been middle of the road on the environment,” Biden said.

Biden’s plan calls for hiking the average fuel economy for vehicles to 54 miles per gallon which most scientist believe is very difficult, expanded tax credits for electric vehicles, and half a million more public charging stations by 2030 paid for by taxpayers. Under the Obama administration, hundreds of billions of dollars were given to renewable energy companies at taxpayer expense with little benefit to the economy or emissions reductions.

Biden’s plan hinges on tax breaks, direct spending and federal regulatory power. He’d start with reversing many actions of the Trump administration, which itself sought to roll back a range of Obama administration efforts on energy and the environment. Biden would add an aggressive push on the world stage, using U.S. political and economic muscle to limit emissions from other nations, including China.

He acknowledges how such an overhaul would affect existing U.S. energy market workers, coal miners and power plant operators especially. He calls first for pension and benefit protections for all such workers; and, though short on specifics, he promises an “unprecedented investment” in retraining and redevelopment programs for those communities.

Biden’s plan also focuses on how “pollution disproportionately affects poorer, mostly nonwhite communities.” This, along with Biden’s plan for coal miners, are seen as necessary adjustments to Hillary Clinton’s climate platform from 2016.

Polls show that Americans prioritize climate change in the bottom of the top 10 concerns.