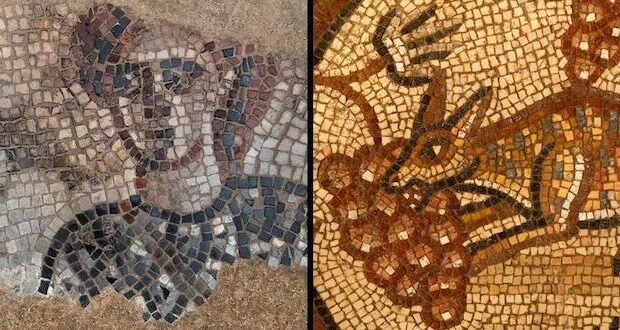 The earliest known depiction of biblical heroines Jael and Deborah was discovered at an ancient synagogue in Israel, the University of North Carolina at Chapel Hill announced in July. A rendering of one figure driving a stake through the head of a military general was the initial clue that led the team to identify the figures, according to project director Jodi Magness.

“This is extremely rare,” Magness, an archaeologist and religion professor at UNC-Chapel Hill,  says. “I don’t know of any other ancient depictions of these heroines.”

The nearly 1,600-year-old mosaics were uncovered by a team of students and specialists as part of The Huqoq Excavation Project, which resumed its 10th season of excavations this summer at a synagogue in the ancient Jewish village of Huqoq in Lower Galilee. Mosaics were first discovered at the site in 2012, and Magness said the synagogue, which dates to the late fourth or early fifth century, is “unusually large and richly decorated.” In addition to its extensive, relatively well-preserved mosaics, the site is adorned with wall paintings and carved architecture. 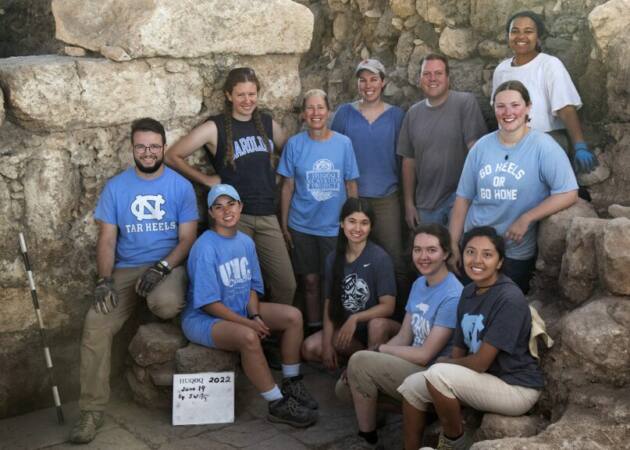 The fourth chapter of the Book of Judges tells the story of Deborah, a judge and prophet who conquered the Canaanite army alongside Israelite general Barak. After the victory, the Canaanite commander Sisera fled to the tent of Jael, where she drove a tent peg into his temple and killed him.

The newly discovered mosaic panels depicting the heroines are made of local cut stone from Galilee and were found on the floor on the south end of the synagogue’s west aisle. The mosaic is divided into three sections, one with Deborah seated under a palm tree looking at Barak, a second with what appears to be Sisera seated and a third with Jael hammering a peg into a bleeding Sisera. 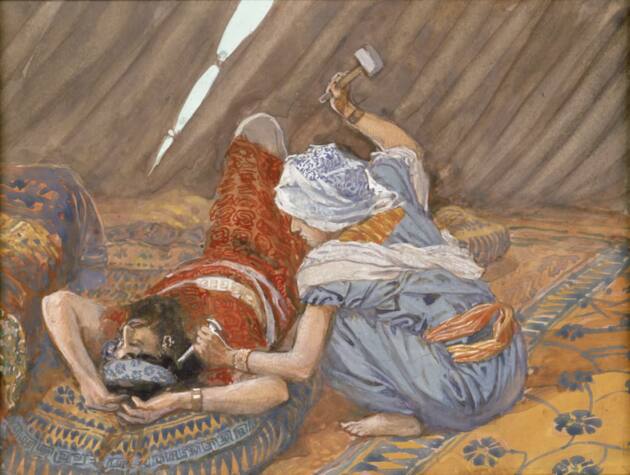 Magness said it’s impossible to know why this rare image was included but noted that additional mosaics depicting events from the Book of Judges, including renderings of Samson, are on the south end of the synagogue’s east aisle. According to the UNC-Chapel Hill press release, the events surrounding Jael and Deborah might have taken place in the same geographical region as Huqoq, providing at least one possible reason for the mosaic.

“The value of our discoveries, the value of archaeology, is that it helps fill in the gaps in our information about, in this case, Jews and Judaism in this particular period,” explained Magness. “It shows that there was a very rich and diverse range of views among Jews.” 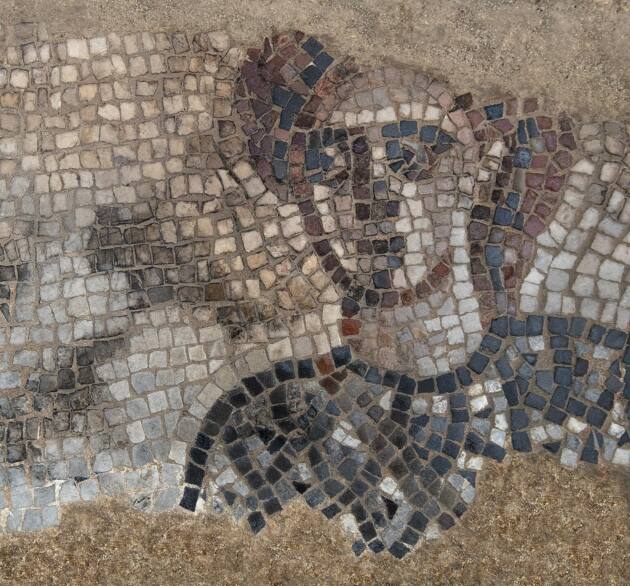 Deborah depicted in the mosaic.

Magness said rabbinic literature doesn’t include descriptions about figure decoration in synagogues — so the world would never know about these visual embellishments without archaeology.

“Judaism was dynamic through late antiquity. Never was Judaism monolithic,” said Magness. “There’s always been a wide range of Jewish practices, and I think that’s partly what we see.”

These groundbreaking mosaics have been removed from the synagogue for conservation, but Magness hopes to return soon to make additional discoveries. The Huqoq Excavation Project, sponsored by UNC-Chapel Hill, Austin College, Baylor University, Brigham Young University and the University of Toronto, paused in 2020 and 2021 due to the pandemic and is scheduled to resume next summer.

Over the years, the researchers have unearthed mosaics of Moses spies exploring Canaan, a depiction of Noah’s Ark, and the parting of the Red Sea, among others. The team also found an image of Alexander the Great, which they say is the first non-biblical story ever found decorating an ancient synagogue.