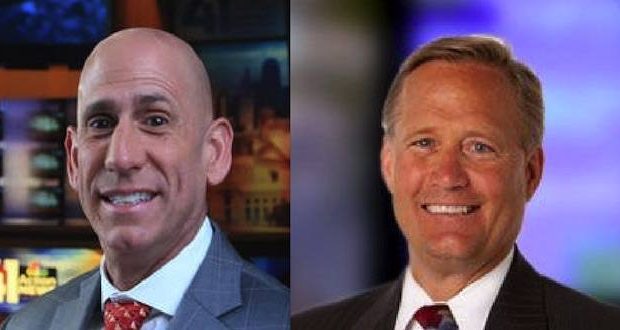 With Kansas and Missouri receiving snow yet again today, many are wondering if we’ll have another winter where we break records.

It is rare for the area to receive snow this early in the season and rarer still for temps to regularly drop into the single digits as they have been.

The region has already broken several snow and temperature records in October and now, November, with more expected to come.

And to many, winter apparently began in October this year.

The Farmer’s Almanac says that eastern Kansas and most of Missouri will have above normal snowfall but with temps more mild than normal beginning in December. As for the snow, the magazine forecasts that late November and mid-December, early January and mid-March will be the snowiest.

But can you predict winter before fall is even over?

“Unfortunately predicting weather for such a large area months out isn’t as simple as looking at what the weather is doing now in a certain geographic area,” KCTV 5s Chief Meteorologist Gary Amble told Metro Voice.

“Also, for thousands of years people have tried to predict the next season by the weather happening in the current one …that doesn’t work either.”

Amble says he will make a winter forecast later this month and has several things he looks at to make that prognostication:

Decadal Oscillation? That’s not on the mind of most people driving in the snow today. In their minds, winter has already started and it doesn’t look good.

Of course, the TV weather forecasters are also sticking their head out the window, just like the rest of us.

“I look at other things too but those are the top 4,” Amble says. “While that does a reasonable job of prediction with a very broad brush over broad geographic regions it simply can’t predict accurately the exact amount of snow Liberty, MO will see that year vs. Olathe, Kansas.”

Over at KSHB TV 41, Gary Lezak has a system for predicting the weather–even eight months out.

The theory is that weather patterns cycle and repeat themselves every 40 to 60 days on average. The theory has been born out by studies and Lezak has presented the theory before world meteorological meetings of scientists.

Lezak posted on his blog that the new year’s LRC pattern became observable Oct. 1 with the very wet first week of October. That’s when the pattern changed completely from the previous year’s pattern. And, that pattern repeating itself again this week, we may be looking at a series of wet, or snowy storms, every 5-6 weeks this winter.

Lezak has been wondering if the 2018-2019 winter season will make it four in a row where we have not seen significant snow. “It is too early to tell, to make that call, to make that prediction,” he says.  “We don’t use our gut feeling, although that is still a factor.”

Weather creates some friendly competition between the stations but they are pretty fervent in defending their own process for forecasting.

“These other winter forecasts that have been coming out are literally based on flaws in technology or just gut feelings based on past patterns. That doesn’t work well, as every year’s pattern is unique.”

Lezak says it has been almost 5 years since our last 3” snowstorm. That’s not unusual when you look at weather info over the last century. It just happens the media pays attention to it more with all the talk of climate “change.”

For snowfall, few seasons can beat 2011 when several large storms plowed through the area leaving us with over 45 inches for the entire winter. In some areas of the metro, the total was over 50 inches of snow. That’s an amount rarely seen and more common in northern states.

There’s no way at this point to know if we’ll have a repeat of that infamous year.

Over at KCTV5, Gary Amble says weather forecasting can be trouble.

“Last Winter I showed above normal snowfall for the Great Lakes area which I had extending down to (almost) NE Missouri. While the western high plains were to see almost no snow all season extending east to Wichita. You can see where that leaves gaps which is the frustrating part,” Amble told Metro Voice. “As you likely know our area had almost no snow all winter so the forces that drove the dry conditions over western Kansas were stronger than the forces that brought snow to the Great Lakes and Northeast region of the country.”

It may not be the same this year. With the wet pattern already having apparently been set up, and temperatures colder than normal this month; the region may be in for a record-breaking season if the pattern holds. But who knows?

So, for most of us, if we want to know what winter may be like this year, we stick your head outside today.