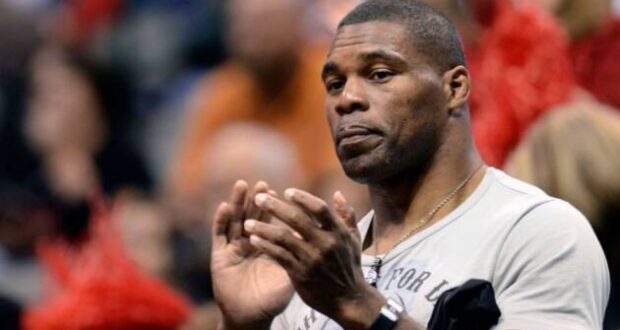 If people can protest, they also should be allowed to attend church, according to Herschel Walker, former NFL and Heisman Trophy-winning running back.

“We keep hearing the importance of freedom of speech… but let’s not forget we have freedom of religion,” he wrote in a tweet accompanying a 32-second video. “Never give up our right to worship! If we can protest, we can get back to church!”

The 58-year-old weighed in on what some consider a First Amendment double standard. “While many state and local governments have enacted restrictions on worship gatherings during the pandemic, some officeholders have supported and even joined ongoing protests and marches after the death of African American George Floyd in police custody on Memorial Day.

Over the past several months, as the United States has endured unprecedented economic lockdowns and racial unrest, Walker has established himself as a strong supporter of President Donald Trump and a harsh critic of the coronavirus lockdowns and “cancel culture.”

On May 23, the former University of Georgia standout tweeted that “it’s time for us to reform this lockdown. I’d rather go down standing up trying to save my company, than be on my knees begging the government for a handout.”

Walker appeared as a contestant on Trump’s former reality TV show, “The Celebrity Apprentice,” and the two have a friendship that goes back decades.

“Oh yeah, we’re still close,” Walker said. “We always talk. He appointed me a little position there in Washington with the president’s council with Health and Human Services. So, we’ve still got a very, very good relationship. I’ve changed a little bit of how that council’s run and trying to get us more involved, so we can change some things in Washington.”

Walker has also argued that college football should proceed as scheduled with recommended precautions in place.

Previous: National Association of Evangelicals kicks off Bless Your Pastor campaign
Next: Most people want churches to follow same pandemic rules as other groups