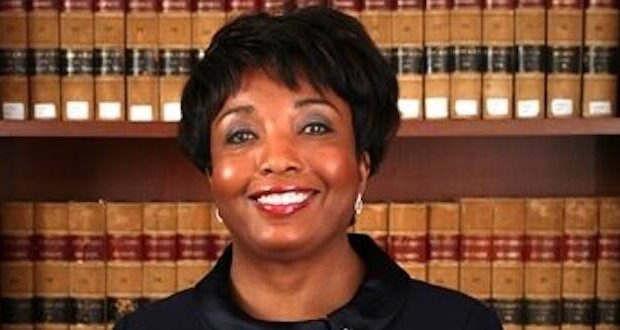 “It’s part of the cultural Marxist agenda against America, and many of the protesters that are out there, the corporations that are given money, I believe that they are sincere, that they believe that racism in America isn’t tolerable, that it hasn’t improved, and that black people live their lives in fear,” Carol Swain said about Black Lives Matter. “That’s a false narrative.”

Swain said that she identified as a Democrat until 2009 but drifted away from the party, and she criticized members of the Democratic Party for what she said was the party supporting the removal of statues it deems offensive. She accused the party of “using black people to advance a radical agenda that will be destructive to our nation” that will “hurt all of us.”

“It’s clear that this whole movement to tear down monuments, I believe it’s really focused on dividing the country even further because the monuments are part of our history. If we can’t learn from my history, then we’re in trouble,” Swain said. “If we start tearing down the monuments, what happens tomorrow when the leaders that we are celebrating today, when those people fall out of favor? It’s the wrong path for our nation. It’s divisive. It’s opportunism. And it’s just meant to stir up people that are traditionalist, people that love America, people that are patriotic.”

Swain also took issue with the phrase “Black Lives Matter” and expressed the belief that the organizations raising money using that terminology are serving as fundraising arms for Democratic candidates.

“It’s absolutely about power, and if you go to the Black Lives Matter website and you click on the link to donate, that money is going to Democratic candidates. It’s not really advancing the cause of black people,” Swain said.

“And I think that it’s very problematic that … because the slogan ‘Black Lives Matter’ is a true statement, people that want to help blacks, and they are white, they’re being shamed. They feel like the only way they can show support is to donate money or to acquiesce or get down on their knees before black people, and that’s not going to benefit the black community.”

In response to calls to defund and disband police departments in the wake of George Floyd’s death on May 25, Swain described the idea as “ludicrous” and said it will “hurt black people more than any other group.”

Swain, who once ran for mayor of Nashville, Tennessee, was in attendance at President Trump’s Tulsa rally over the weekend and posted a picture of herself with him.

“The Tulsa Rally was AWESOME!” Swain tweeted. “I love President Trump and I hope he wins re-election in a landslide. Otherwise, it’s curtains for America.”