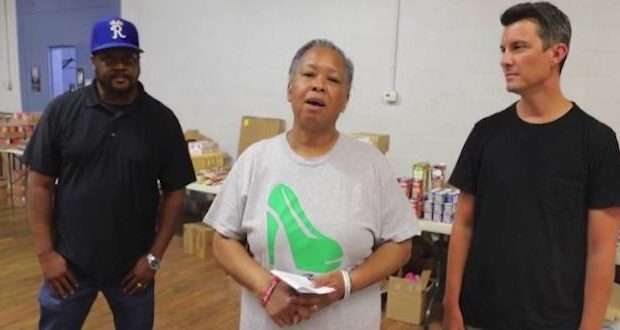 Troost Avenue traditionally has been the stark dividing line between black and white communities in Kansas City. Local leaders hope it can become a bridge that builds unity through the power of prayer.

Pray on Troost, a 10-mile human prayer chain, is scheduled for 7 p.m. on Friday, which also is Junetenth, an important day in the black community. Area pastors are inviting Christians across Kansas City to join in the prayer vigil.

Pastor Cassandra Wainwright, President of Concerned Clergy in Kansas City, added “We just wanted to say that Troost has been historically known as a racially divided line for Kansas City.”

“This is a unified community response to address racism, to pray on Troost,” Wainwright said, “We’ve been inspired to do this by something that Mr. Jonathan Thomas, a civil rights leader in Ferguson, Mo., did” after the 2014 protests.

The Citywide Prayer Movement has for years, brought churches of all denominations and colors together for the betterment of Kansas City and prayer for spiritual renewal. The organization quickly got behind the Pray on Troost event.

“When we heard about this opportunity to pray together on Troost Avenue, our team sensed this was God-breathed,” stated Pastor Gary Schmitz, founder and director of the Citywide Prayer Movement.  “We can only see a historic change for good if we all work together.” 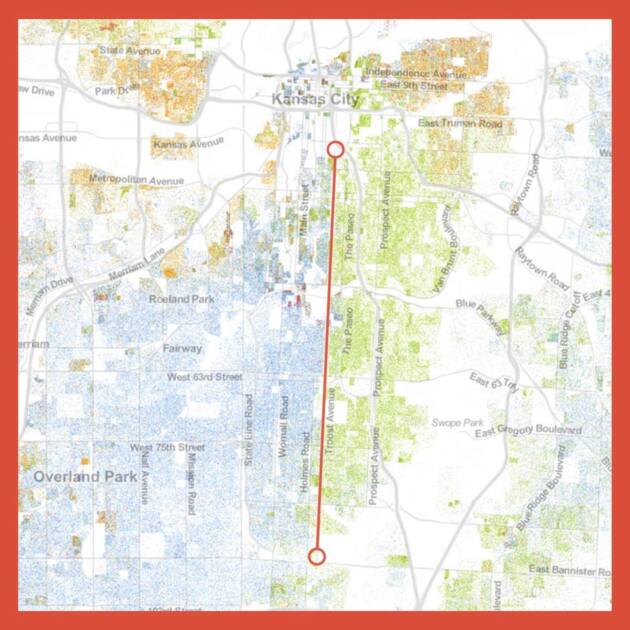 This Racial Dot Map is taken from the 2010 Federal Census. It illustrates segregation in Kansas City using different colored dots to represent clusters of 25 people. White – blue dots. Black – green dots. The red line in the picture is Troost Ave. That’s how segregated Kansas City is! It is one of the longest segregation lines in the US, studied and known as the “Troost Wall.”

Organizers have several recommendations for participants:

“The faith community in Kansas City is joining together to form a human prayer chain on Troost Avenue to break the chains of injustice,” Schmitz said. “Troost Avenue has historically been a dividing line in our city, but we will stand side by side (socially distanced) as brothers and sisters in solidarity against injustice and division. With a unified voice, we will turn this place of pain into a place of prayer.”

Adam Cox has actually lived on Troost for 17 years. He’s invested his life and ministry in the area and the violence and poverty that hinders many in the black community. He’s also seen it as a dividing racial line.

In an emotional moment on the video, Cox shared his heart bout the prayer effort. “I wanted to say I don’t want to be silent any more. I want to put all that I am, all of my heart into seeing this go forward. We want to work towards long-term change towards repentance in this city.”