Home / News / Columns / FROM THE CHEAP SEATS By Rob Mooney 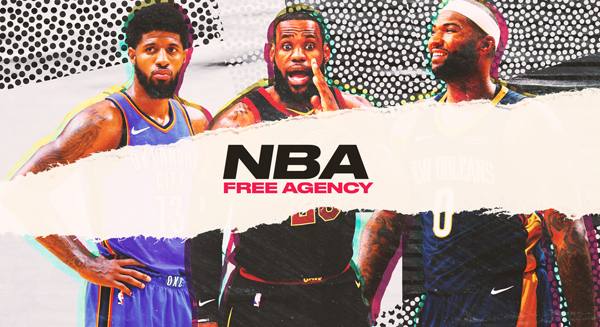 FROM THE CHEAP SEATS By Rob Mooney

The NBA season concluded the way that everyone thought that it would, a Golden State Warriors four-game sweep of the Cleveland Cavaliers. The only surprising thing about the outcome was that Cleveland was actually in the Finals again. I thought for sure that another team in the East would beat them out this year. I guess when you have LeBron James on your team you’ve always got a shot!

A few other surprising things about the conclusion of the NBA season was the post season awards. A non-rookie won Rookie of the year, a fired coach won Coach of the Year and the best player won Most Valuable Player of the year.

Ben Simmons, the Rookie of the Year winner, was drafted last year but did not play because of injury. NBA rules state that a player is considered a rookie if he has never played in an NBA game. Thus, you could be drafted and sit out five years and when you come back, be considered a rookie as long as you never stepped foot on the court during a game. Basically, Simmons was red-shirted last year.

Dwayne Casey won the Coach of the Year award for guiding the Toronto Raptors to a 59-23 season and a first place finish in the Eastern Conference. As the #1 seed in the playoffs this year, the Raptors beat the Washington Wizards 4-2 in the best of seven first round series but were then swept out of the playoffs by James and the Cavaliers. James averaged 34 points, 8 rebounds and 11 assists per game in those four games. Casey was fired shortly thereafter. Casey was recently hired by the Detroit Pistons to be their coach, so we can probably expect an improvement from them this year.

Coach of the year voting was quite close. Coming in second place was Quin Snyder from the Utah Jazz. Do you remember him? He was the coach at Missouri that was fired for violations and started the Tigers down a path of mediocrity.  Brad Stevens from the Boston Celtics finished third in the voting.

Most Valuable Player honors went to James Harden of the Houston Rockets. It came down to the wire between Harden and James. Their stats were very similar, points per game: Harden 30.4 / James 27.5. Assists per game: Harden 8.8 / James 9.1. Rebounds per game: Harden 5.4 / James 8.6.  They both had incredible years but if you take both players off of their teams, the Rockets would still be a formidable foe. However, the Cavaliers might not even make the playoffs. Harden is very deserving of the award, but I think that James means more to his team.

Now that the draft is over, we can start to concentrate on where all of the NBA free agents will sign. Is there a new superteam about to be created? We’ll know in a few weeks!