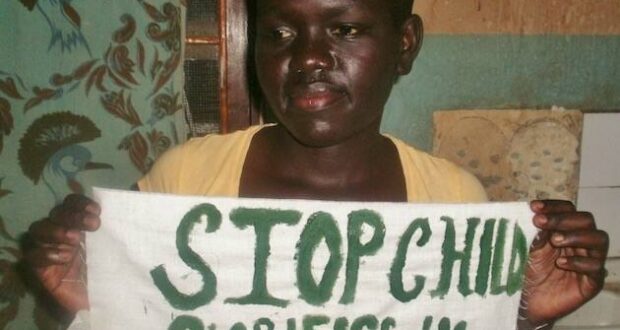 An African newspaper is reporting that a 13-year-old Christian girl and her 11-year-old brother, abducted by a radical Muslim woman two years ago, were sold to a witchdoctor for ritual sacrifice.

Morning Star News (MSN) reports Sulaiman Pulisi, a former imam who became a Christian three years ago, said in July 2018 his daughter, then 13, and his then-11-year-old son, Abdulmajidu, disappeared from their home in eastern Ugandan village.

On Sept. 16 local police rescued Pulisi’s daughter from a house owned by a Muslim witchdoctor or shaman named Isifu Abdullah.

“We are mourning for our son who is alleged to have been sacrificed,” Pulisi told Morning Star. “We are mourning with my daughter, who has been used as a sex object by the Muslim shaman.”

Law enforcement authorities later discovered Sania Muhammad, a Muslim woman living in Kasasira located in eastern Uganda, and two others had sold the two children to the witchdoctor in reprisal for their father’s conversion to Christianity.

Police believe Abdullah offers human sacrifices as part of his witchcraft activities, according to MSN.  Both the witchdoctor and the woman were arrested in the boy’s disappearance and are awaiting charges.

There are an estimated 3 million traditional “healers,” or witchdoctors, in Uganda. Reports by news agencies say hundreds of Ugandan children are kidnapped and murdered each year as part of a thriving human sacrifice business. Many of the children come from Christian families who are targeted for their faith.

According to the Pulitzer Center:

“Most victims are children. Behind the torture, mutilation and killing of the victims lies just one single cause: money. This fraudulent business moves through every social class, from the poorest villagers who live out of the capital to rich tycoons and generals who determine the wealth and stability of the country.

Children are beheaded when new buildings are under construction — because misinformed individuals believer that their heads, once buried beneath the foundation, will bring success to business. People looking for money, sexual performance or love visit healers who don’t hesitate to kidnap children from their families or from the streets to acquire body parts, thus enabling them to charge their clients more. Witchdoctors perform cheap tricks for clients who are easily cheated, blackmailed or threatened — and who are often turned into killers.”

Undercover to Search for Child Killers

“The problem is increasing and many children are killed, and there are very few actually that survive, most of them die.”

Child sacrifice in Uganda is such a serious and widespread problem that the government has even set up an anti-child sacrifice and human trafficking task force.

Mike Chibita is Uganda’s top law enforcement official, the equivalent of America’s Attorney General. He says superstition and the desire to get rich quick contribute to high child sacrifice rates in his country.

“The connection is that these witch doctors come and tell people who want to get rich that in order to get rich you need to sacrifice human blood,” said Chibita, who serves as Uganda’s director of public prosecutions.

Kyampisi Childcare Ministries is the only organization in the country providing long-term financial and medical care for survivors of child sacrifice attempts.

“We want to see that the life of a child who has survived is supported, that they are socially able to stand and heal from the injuries, and that they can have a life after that,” said Pastor Sewakiryanga.

“Every Ugandan must wake and say, ‘No to sacrificing our children’,” said Margaret. “Our children are the future of this country.”