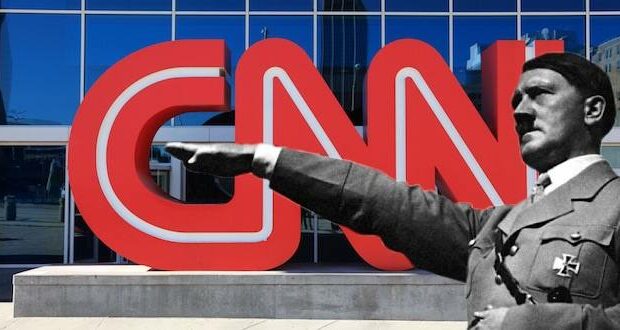 Hitler-praising CNN writer has been fired

The writer, Adeel Raja, has 54 articles under his byline at CNN, according to one social media post. According to another, he has been on the CNN payroll since 2013.

Although he had made many pro-Hitler references in past tweets, it was one on Sunday that may have been even too much for CNN which regularly hosts antisemitic guests. Even with a string of other hateful tweets towards the Jewish people, it was Raja tweeting “The world today needs a Hitler” that was too much.

During the 2014 FIFA World Cup, he wrote, “The only reason I am supporting Germany in the finals – Hitler was a German and he did good with those Jews!”

The next day he wrote: “Heil Hitler!”

This guy has 54 articles under his byline at CNN. They should probably fire whoever does their background checks. pic.twitter.com/yNr7iT29nD

CNN spokesman Matt Dornic said he “never heard” of Raja in comments to the Washington Examiner.

Fox News received the following comment from CNN on Sunday:

“Adeel Raja has never been a CNN employee. As a freelancer, his reporting contributed to some newsgathering efforts from Islamabad. However, in light of these abhorrent statements, he will not be working with CNN again in any capacity.” 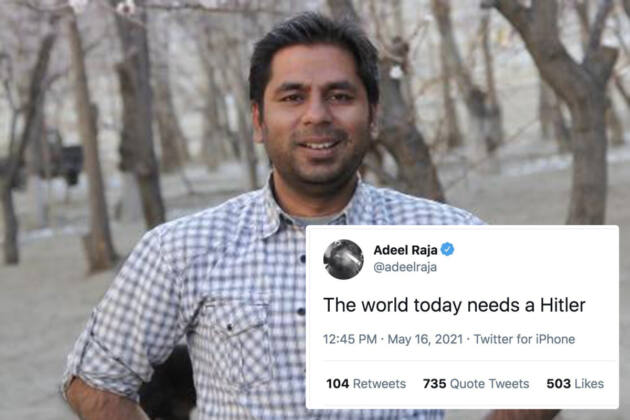 Raja’s Twitter bio had read “Freelance Contributor at CNN.” It now says “Super Producer,” according to the Huffington Post.

Raja’s most recent Hitler tweet comes as Israel is engaged in a conflict with the terrorist group Hamas in Gaza. Hamas has launched over 3,700 rockets at Israel in the space of ten days. The indiscriminate launches are meant to sow terror and kill as many civilians as possible. On Tuesday, two foreign workers from Thailand were killed by a mortar in Israel’s south.

Israel has retaliated with targeted strikes on terror infrastructure and personnel, warning civilian residents of buildings slated for destruction beforehand in an effort to avoid innocent casualties.

Nevertheless, and not surprisingly given his admiration for Hitler, Raja recently tweeted against Israel, blaming not only Israel, but all Jews.

“What the Jews are doing in Palestine is similar to what Indian Hindus are doing in Occupied Kashmir,” he tweeted. “Same tactics.”

Twitter did not respond when asked if they would ban Raja for hate speech.