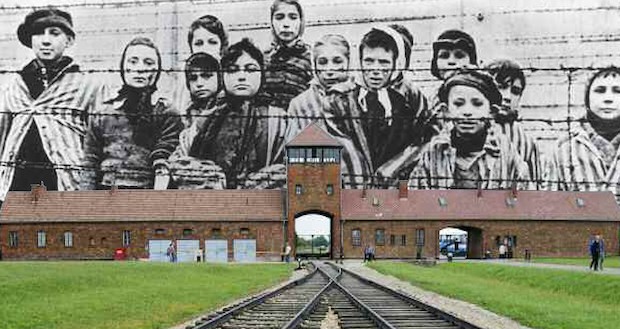 Holocaust survivor: “I must tell you.”

“You wouldn’t believe it. I want you to know the history.” Her brown eyes welled. “When I went to see our [Holocaust] museum in Washington, I must tell you, they did a tremendous job as humanly possible, but I see it through different eyes. But to tell you the way it really was-people don’t even realize.”

At the tender age of 94 and towering stature of 4’8″ Sonia Warshawski is a fireball whose presence fills her sitting room at John’s Tailoring and Alterations at 95th and Nall. Although she claims she doesn’t believe in miracles, she says that God gave her a sixth sense and the strength of youth. 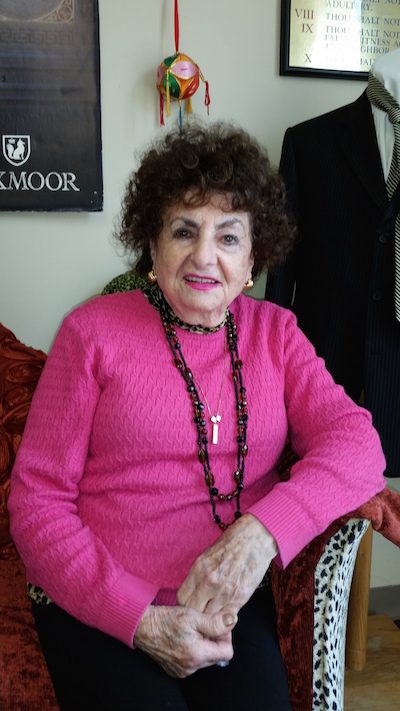 Born in 1925 in Mezerich, Poland, she was barely 14 when war broke out in Europe in 1939. Like many kids her age, she was active in sports and loved to read.

When the SS took over, she watched her world crumble around her. “It happened slowly,” she said. “Not all at once.”

She remembers the graffiti on the school walls that said in Polish, “Zabic Zyda. Kill the Jews.”

After the liquidation of the ghetto, Sonia, only 17, and her mother were sent to the concentration camp, Majdanek. There her mother Rivka perished in the gas chambers.

Although it’s been over 60 years ago, the pain in her eyes is raw and current. “There’s not a day goes by I don’t think about her.”

Sonia was sent from Majdanek to Auschwitz-Berkenau and, later, forced to walk from there to Bergen-Belsen where she was ultimately liberated by the British. She met her husband John in the displaced persons camp. Immigration assigned them to Kansas City, where they established their business that still flourishes under her hand today.

“I can tell you stories days and days. More than you will see in books.”

Through tears she describes just a few of the horrors to me. Graciously and without hesitation she answers my questions with evident sense of purpose.

Do you feel there’s too much emphasis on the Holocaust?

“Oh my God, no! This is the whole problem already. You know why? Because it’s getting to be less and less of us. Do you know I’m the last one to speak about the Holocaust? As long as God gives me the power I will speak for them. That gives me the power.”

“And I am going to tell you I saw rabbis killed, their beards yanked out. Babies murdered. Yet there are deniers. I speak to you from my heart.”

Some say we’re back in 1939. Do you worry about anti-Semitism in America?

“Of course it’s something to worry about. You have to think about it. Germany and Austria were highly cultured. Jews were highly educated, they could not believe even to the time they are sent to the gas chambers this can happen. That such a high people can be brainwashed I am not surprised.

This is a melting pot. This is the reason you don’t feel the anti-Semitism so much. That is why the American Jew doesn’t realize we are under an umbrella.

Look at ISIS, they’re killing not only Jews but Christians.”

If you could speak to Christians, what would you tell them?

“Sometimes they say we Jews are the chosen. You know what I say to them, really?” She laughs. “You want to change religions and be the chosen? You want to suffer? We suffered for centuries.”

“One time I tell a Christian woman, ‘Christ was a Jewish rabbi.’ She look at me like she wanted to take out my eyes. Every Sunday she goes to church.

“I’m going to tell you, even right now, the Church is from the Jewish root. They don’t realize that Christ would not allow these things to happen.”

With the March of Remembrance, we want to stir the Christians so they will never be silent again. 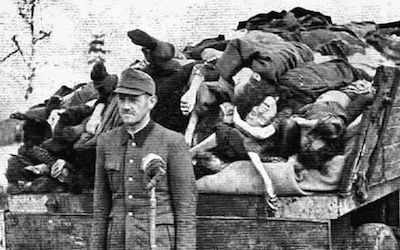 “I myself don’t openly believe in a Meshiakh. Where was He when babies are murdered? No I don’t believe.

“Yes, it was silence that killed. The pastors need to preach against anti-Semitism.

“Again, it’s for those who didn’t make it, these things have to be told!”

What would you ask the church to do now for the Jews in Israel?

“We weren’t allowed to be farmers so we became bankers, doctors. We fought anti-Semitism with culture. Einstein opened the heavens,” Sonia says with fire in her voice. “Look at little Israel. We made the desert bloom! It doesn’t make any difference. I am not for giving back. If the aggressor takes territory, where is it after the war? For example, the United States took Texas and California. Israel is the only one to have to give back.”

Is there anything you would like to tell the next generation?

“When I go to schools and speak I tell them, ‘Read! Know the history. We are only visiting this universe for a short time. Respect each other.’ I want the other generation to know all that is not in the books. If I get letters saying, ‘You changed my life’ what else can I ask?”

Do you have any parting words?

-Rochelle Wisoff-Fields lives in Belton, Mo. She is the author and illustrator of several books including This, That and Sometimes the Other, Please Say Kaddish for Me and From Silt and Ashes. Connect with her at wordpress.com or www.rochellewordart.com.