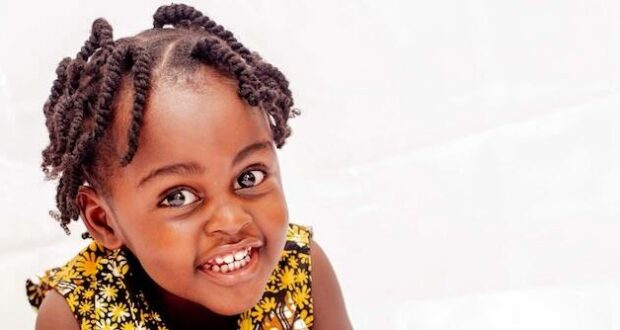 Why ‘Black Minds Matter’ could be a game-changer for families in struggling schools.

Growing up on the east side of Jacksonville, Florida, the daughter of a teenage mother, Denisha Merriweather was failing. The effects of her poor, drug-laden, crime-ridden neighborhood spilled over into the local district elementary schools she attended, and by third grade she was not reading at grade level, was far behind in math and was collecting Fs on her report cards. 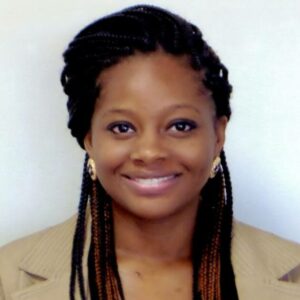 Merriweather’s future looked bleak. “Teachers would sigh when I walked through the door,” she said of the district schools she attended. “Another Merriweather,” they would judge. “My family name was not that bright,” she explained. The young child was on a familiar path of academic deficiency, hopelessness and missed opportunities that plagues many urban, low-income youths who are floundering in government-run schools. “Another Merriweather” was set to be a statistic.

But that’s not what happened. Merriweather went to live with her godmother who heard through her church community about a nearby private school. It was too expensive for her guardian to afford, but the family learned of Florida’s pioneering tax-credit scholarship program that expands education choice for income-eligible students looking to exit district schools.

“All the teachers were smiling and hugging me,” recalled Merriweather. “I thought for sure that would end after my first week at the school, but it continued. The teachers were always so happy to see us, so joyous.”

That was one major difference between the private school and the district schools Merriweather attended. “In public school, I didn’t feel like any of my teachers cared about me,” she said. “A few tried, but resources were limited,” she added.

In her new school, Merriweather flourished academically and emotionally. By the time she was 15, she realized how fortunate she was to have access to her state’s education scholarship program and began speaking up in favor of expanding school choice policies. “I wanted to talk about how school choice changed my life,” said Merriweather, who started writing op-eds and speaking at school choice events.

While attending college at the University of West Florida and earning a Master’s degree in social work at the University of South Florida, Merriweather worked part-time for Step Up For Students, the Jacksonville-based, non-profit organization that administered her K-12 scholarship. She was planning to work there full-time after graduate school in 2017, but was instead recruited for a job at the U.S. Department of Education in Washington, D.C. by the Trump administration which made improving black education a priority. She even appeared a the State of the Union as President Trump’s personal guest.

She remained in that position for the next two years, helping to build support for school choice policies through storytelling from the many families who have benefited from these programs. “The bureaucracy was crazy, but to do that fresh out of college was a treat,” said Merriweather of her time working for the federal government.

Eager to influence education policy at a more decentralized level, Merriweather joined the American Federation for Children (AFC), a non-profit school choice advocacy organization that focuses in particular on expanding education options for low-income families. She brought her interest and experience in personal storytelling and creative communications to the organization and its mission, and in 2020 she spotted a new opportunity.

In the wake of George Floyd’s death and various Black Lives Matter protests where black-owned businesses burned, Merriweather penned a widely-read opinion article for Real Clear Education in July 2020 where she countered the narrative that protests would solve the black community’s problems. She emphasized that in addition to their “lives”, black minds matter too. “Those committed to protecting black lives cannot simultaneously refuse to nurture black minds,” she wrote. “We deserve K-12 education options beyond the singular one the government assigns. We should no longer tolerate a system that has promoted mediocrity at best, and generational devastation at worst,” she continued, arguing further that “[f]amilies should control their child’s education funding and direct it to the school or learning environment they choose.”

Merriweather’s “Black Minds Matter” motto caught on. She was encouraged to expand the idea into an organizational mission, supported by AFC, that would focus on both education entrepreneurship and school choice policies that generate more education opportunities for families—especially families of color. 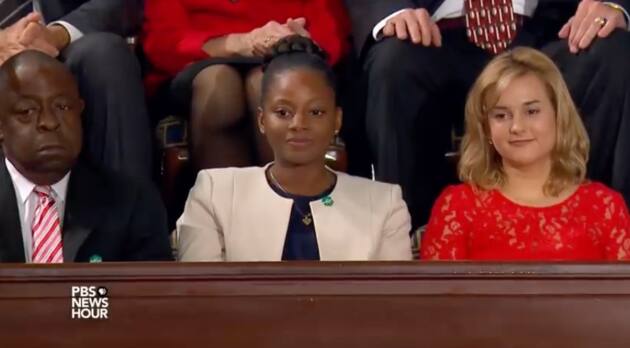 Merriweather at President Trump’s 2017 State of the Union address.

Last year, Black Minds Matter took off. Its new website captured the growing list of hundreds of black-owned schools across the country, helping to elevate their work, inform families of their options, and inspire the creation of new schools. Merriweather also launched the popular Black Minds Matter podcast, and created a line of merchandise to elevate and embed the Black Minds Matter mission. “We want to make school choice sexy, make it a cultural movement,” said Merriweather. “We’re a brand with a mission.”

With growing donor support, and recognition as a 2021 finalist in SPN’s LaunchPad program that helps to accelerate innovative non-profits, Black Minds Matter is bracing for a busy and influential 2022. Merriweather, now 30, has bold plans to celebrate and sustain school founders, whom she calls “rock stars” for providing high-quality education options to mostly low-income and special needs students across the country. She also hopes to create more opportunities for community and connection for education entrepreneurs and to urge families and educators to become ambassadors for school choice policies.

Merriweather believes that the pandemic has catalyzed education choice in profound ways. Not only have dozens of states introduced or expanded school choice policies over the past two years, but parents have once again assumed the reins of their children’s education.

“Since Covid, a lot of people have found their voice and saw that their voice could make a difference,” said Merriweather. “A lot of people have been frustrated by school closures and related policies and are now paying close attention to education. I don’t think this momentum will slow down. We’ll continue to see people engaged in this issue.”

Merriweather’s primary goal for Black Minds Matter is to maintain the momentum for broadening education choice for more families. “This is our time as education reformers,” she said.

This article has been reprinted with permission from Forbes.com.