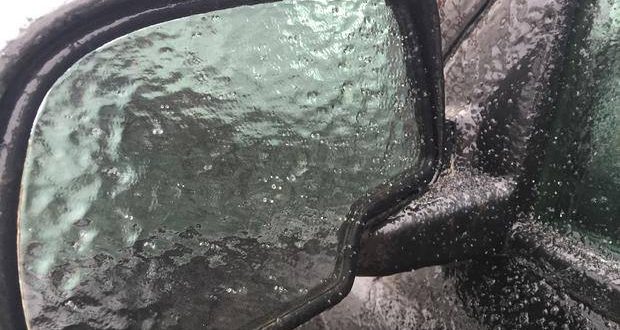 Parents across the region are fuming after dozens of injuries and car accidents in school parking lots as most suburban schools remained open Wednesday despite icy conditions.

It should not have been a surprise. The storm was forecast earlier in the week.

A Raytown School District employee was hit and seriously injured by a salt truck as she made her way across an icy parking lot early Wednesday morning. Her condition remains critical with an investigation pending.

From Blue Springs to Olathe, Grandview to Gladstone, kids, busses and parents were sliding around on the dangerous roads. A bus overturned late Wednesday injuring 3 students including one handicapped student in a wheelchair.

In Kansas, Blue Valley School District parents are upset after videos showed students slipping and falling in high school parking lots across the district. At one school parking lot, students said the conditions were so bad that three vehicles were damaged by one car that lost control on the pavement.

Parents, after dropping their kids off at school, shared videos on social media of students face-planting into the street and sidewalks of area schools.

At Truman High School in Independence, students, parents and even teachers were surprised school had not been cancelled.

Two women posted on Facebook and each had more than 100 comments, all about a particular parking lot that’s on the south side of the school.

“The accident happened while I was in class,” Katy Frizzell, who is a Truman High School student, said.

Frizzell isn’t super surprised someone smacked into her Civic. After all, she had a tough time coming into school herself.

“I couldn’t turn at all and the whole parking lot was a sheet of ice and I had to run into a curb to stop my car,” Frizzell explained.

One area student received 11 stitches for injuries received in a fall.

Blankenship took video of herself handing out bags of salt to students to treat what was clearly still slick because she also captured a student falling not once but twice. She was beyond upset how long it took to get things treated.

Schools across the region are cancelled for Thursday as a major ice storm has moved into the region. Ice accumulations are expected to exceed 1/2 inch with substantial tree damage expected as well as power outages. Southern suburbs may be most affected.

The last major storm caused problems for KCP&L as some homes were without  power for over a week.

Previous: Democrat committee chair omits ‘So help me God’ from oath
Next: Teacher may lose job after false Covington tweet