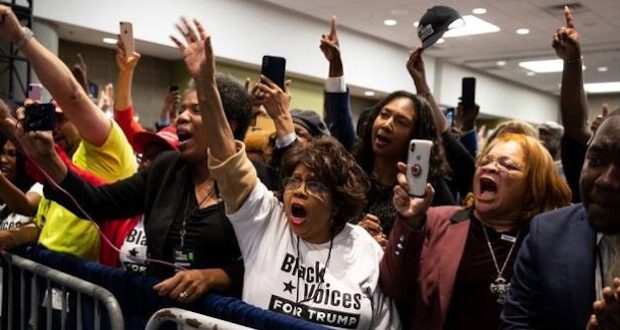 This past Saturday, after President Trump’s Tulsa rally did not draw the expected capacity crowd,  (it broke cable broadcast records) Rep. Alexandria Ocasio-Cortez, of New York’s 14th congressional district in NYC, tweeted, “Actually you just got ROCKED by teens on TikTok who flooded the Trump campaign w/ fake ticket reservations & tricked you into believing a million people wanted your white supremacist open mic enough to pack an arena during COVID. Shout out to Zoomers. Y’all make me so proud.

Ocasio-Cortez was responding to claims that TikTok, with apparent help from within Communist China, flooded the Trump campaign with fake reservation requests, discouraging others from attending.

But what was most telling in her tweet was the reference to Trump’s “white supremacist open mic.” This dangerous and ugly accusation is now standard fare for the left: Trump is a white supremacist, as are his white supporters.

Of course, you could see this building for several years now.

First, the left wing media branded candidate Trump a white supremacist, based especially on his comments about Mexican immigrants and Muslims. Confirmation for this was found when men like David Duke endorsed him. Duke of course, has also endorsed Democrats and himself ran for office as a Democrat.

Then, there was the misrepresentation of his words about Charlottesville, where he allegedly said that there were some “very fine people” among the neo-Nazi demonstrators. Media failed to mention he was talking about folks on both sides of the statue debate, not the neo-Nazis that showed up to disrupt things.

President Trump categorically condemned those very people, saying, “Racism is evil and those who cause violence in its name are criminals and thugs, including the KKK, neo-Nazis, white supremacists, and other hate groups.”

But the misrepresentation continues to this day, repeated regularly by presidential candidate Joe Biden, the media and many ill-informed people on Facebook.

The next step in the leftwing media’s strategy was to brand you a white supremacist if you were white and supported Trump. In fact, in some circles, it is assumed that, for white supporters of Trump, MAGA really means, “Make America White Again.” (House Speaker Nancy Pelosi made this very claim.)

For people like Ocasio-Cortez, this is simply taken for granted.

I documented these accusations in my new book Evangelicals At the Crossroads: Will We Pass the Trump Test?

In the book, I meticulously lay out the case against Trump, including the charges that he is an unashamed racist. And I do this, not to whitewash such charges, but to examine them carefully and fairly. Is Donald Trump a white supremacist and racist? 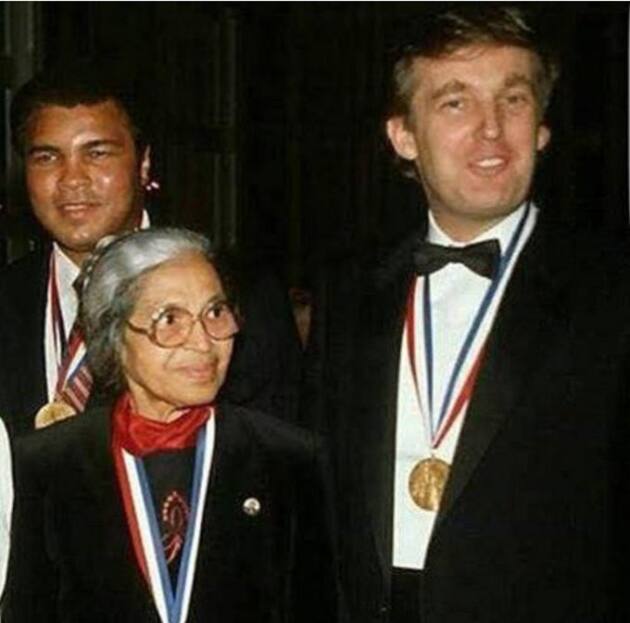 President Trump joined several other prominent Americans, such as Rosa Parks and Muhammad Ali, as recipients of an “Ellis Island Award.”

Some of Trump’s statements have certainly lacked precision, leading to further misunderstanding and confusion. And I recognize that, in many ways, he has been highly divisive. I have no desire to defend those aspects of his speech or conduct.

Still, as I demonstrate in my book, the charges of “white supremacy” have no substance at all. (According to Merriam-Webster, a white supremacist is “a person who believes that the white race is inherently superior to other races and that white people should have control over people of other races.”)

White supremacists do not go out of their way to meet regularly with black leaders for input and wisdom. And they don’t receive awards for work in the black community, standing along-side African-American icons like Rosa Parks.

White supremacists do not gain stories in the New York Times like this one, from September 10, 2019, headlined, “Trump Focuses on Black Economic Gains and Support for Historically Black Colleges.” As the Times reported, “Since the beginning of Mr. Trump’s presidency, the administration has, in fact, made an effort to support historically black schools, increasing investment in their programs by 14.3 percent.” (For further documentation of these points, see Evangelicals at the Crossroads.)

White supremacists do not immediately call for the FBI and the Department of Justice to look into the death of a black man, George Floyd, at the hands of a white cop, Derek Chauvin.

And white supremacists do not call for special forums titled “transition to greatness,” where the focus is on listening to black leaders address the problem of racism in America.

Cynics would say, “He’s a politician. He’s just doing this for votes.”

Yet, as bogus as the charge of “white supremacist” is when it comes to Trump, it is even more bogus for the vast majority of his white supporters.

Many of them would have voted for Ben Carson in a heartbeat had the elections been between Dr. Carson and Hillary Clinton. White supremacists would not do this. (Of course, white Trump supporters would have voted for Hispanic candidates like Ted Cruz or Marco Rubio had they run against Hillary.)

And the vast majority of white Trump supporters opposed President Obama because of his policies, not because of the color of his skin. (The last I checked, both Hillary and Biden are white, so our rejection of them has nothing to do with skin color.)

Not only so, but some of Trump’s most prominent white evangelical supporters have been involved in interracial ministry for decades, with a long history of opposing racism. And of the many, white Trump supporters I know, not a single one of them fits the definition of “white supremacist” cited above.

Let us, then, call out this ugly accusation for what it is: slanderous, libelous, and dangerous. Shame on those who use such ugly words as a political and ideological tool.

Dr. Michael Brown (www.askdrbrown.org) is the host of the nationally syndicated Line of Fire radio program. His latest book is Evangelicals at the Crossroads: Will We Pass the Trump Test? Connect with him on Facebook, Twitter, or YouTube.

Previous: Jackson County Executive encourages discussions among those who disagree
Next: How to reduce your risk for another heart attack