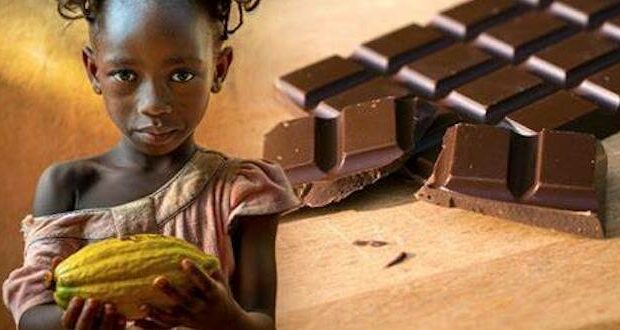 Chocolate makes for a perfect gift, a comforting snack and even a health food, thanks to its plentiful antioxidants. It is no surprise, then, that the chocolate industry garners billions of dollars each year.

However, there is also a dark side to chocolate.

As a cultural anthropologist who has done years of research on food and drink in Europe and North America, I have come to understand the close relationship between culinary traditions and social inequality.

In a course I teach on the anthropology of food, chocolate is among the numerous food commodities that I cover in the course as an index for understanding social class relations locally and globally, including human trafficking.

Exploitative labor, even slavery, especially of children, is among the most troublesome ways in which the global chocolate industry exists.

Chocolate can be traced to the Olmec civilization of Mesoamerica. The Olmec were the first to transform the cacao plant into chocolate, around 1750 B.C. The Olmec used chocolate in religious rituals and as a medicine. It was also used, as anthropologists Sophie D. Coe and Michael D. Coe note, by both the Maya and Aztecs throughout the 15th century. 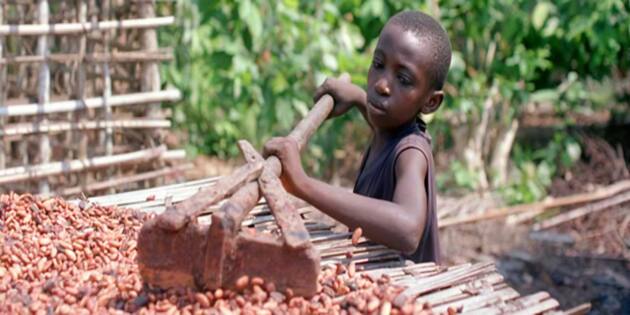 However, the chocolate used in ritual life was a far cry from the chocolates that we enjoy today. In fact, it was very bitter. Hernan Cortes, the famous Spanish explorer, is said to have brought cacao back to Spain in the early 16th century; there it was mixed with sugar and honey as a drink. It was not until the 17th century that chocolate was consumed throughout Europe, initially among the aristocracy.

The invention of the cocoa press in the 19th century allowed manufacturers to combine sugar with the fatty butter extracted from the beans. The mixture was then poured into molds and sold, thus ushering in chocolate’s popularity among the European masses.

Sugar cane was cultivated by enslaved West Africans in the Caribbean and the Americas as part of the Atlantic trade. Refined sugar cane made its way to England, where it was consumed by the working class as a quick source of energy and a way to satiate hunger.

European goods then made their way to Africa in exchange for slaves, in what anthropologist Sidney Mintz noted in his 1985 book “Sweetness and Power” as a “triangle of trade.” It was Caribbean sugar produced by the enslaved West Africans in the 19th century that made chocolate palatable. The connection to slavery does not end here.

During the early 19th century the British introduced the cacao plants to West Africa, where the growing conditions were ideal. The plants require warmth and humid growing conditions that are common to the tropical forests of the Ivory Coast and Ghana.

The cacao farms are still operating there: mostly small, and with poor owners. Harvesting and processing cacao is labor-intensive and many of these indigent farmers simply do not have the financial means or adequate family labor to make cacao growing viable. And so to economize they turn to children – often as young as 5 but more typically 10 to 12 years in age. The beans are in pods that must be cut open with machetes, making the work quite dangerous, especially for children.

As journalist Miki Mistrati shows in the documentary “The Dark Side of Chocolate,” (below)  the traffickers then take the children to the Ivory Coast or Ghana, where they are sold to the farmers. The traffickers themselves are aided by local militia. Children who end up on the farms often work 14- to 16-hour days. They are even expected to carry heavy sacks of beans and beaten if they stumble or collapse.

It is hard to obtain exact figures on the numbers of children who have worked on the cacao farms. The International Labor Organization estimates 1.56 million in the Ivory Coast and Ghana alone

Given the vast financial network involved in the chocolate trade, it is dangerous work for journalists. Mistrati used hidden cameras and passed himself and his companion off as tourists. He mentions a French journalist who disappeared pursuing the story of childhood slavery.

In 2021, six Malian men filed a legal case against Nestle USA and Cargill, claiming that they were trafficked from their villages and forced to labor on cacao farms. The case was brought to the United States Supreme Court with a majority ruling that chocolate companies cannot be sued in the United States for abuse that happened elsewhere, including for child slavery on African farms.

Large chocolate companies may not be participating in the trafficking of children directly, in that they purchase the cacao beans from merchant suppliers. Indeed, eight of the largest chocolate companies signed a protocol in 2001 that condemned child labor and childhood slavery. But it did not commit the industry to put an end to the practice.

Then there are organizations responsible for Fair Trade and the UTZ labels that seek to assure consumers of fair labor practices in the chocolate sector, although this is not an ultimate guarantee that the children have not been exploited in the production process more generally. It should also be noted that the United States Department of Labor has also taken a strong stand against the exploitation of children on cacao farms.

There is a strong argument to be made here against the abuses of labor, especially when it involves children, and to that end we all bear some responsibility as consumers.

Previous: Another poll finds majority want most or all abortions banned
Next: “Highest form of song is prayer:” Bob Dylan Center opens in Tulsa